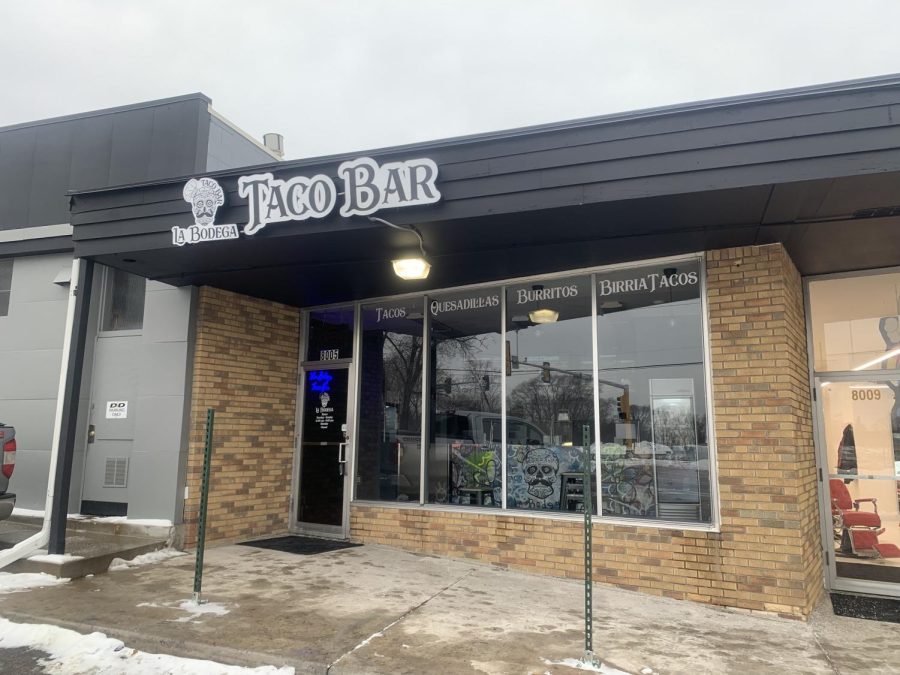 La Bodega Taco Bar can only be described as small, yet delicious.

Newly opened, the store set up shop right down the street from where I live. Being so close and accessible, I couldn’t wait to try out the store’s wide array of delicacies, such as burritos, tacos and many desserts or sides.

Although online it was broadcasted as dine-in, there weren’t any tables to sit down at — just chairs decorating the perimeter of the shop. Despite this initial appearance, I was instantly greeted by friendly workers and an inviting, appetizing aroma.

Due to its size, crammed in between the various other shops that sit at the intersection of Minnetonka Blvd. and Texas Ave., the area didn’t have much space in the first place for other accommodations. Yet, I loved the interior of the store, as the creators used the space they had to create a cute, comfortable environment.

Decorated with skull designs, and lit-up signs, the restaurant painted a pretty image. The menu hosted a variety of different foods, and even had an option for my vegetarian friend. I found this to be impressive, since it had so many different foods instead of merely tacos — which is what I expected.

After a short 10-minute wait time, I received my food and was met with even better smells. The tacos I got were for a good price and packed with flavor. Already, this was turning out to be one of my favorite Mexican restaurants I had been to.

My quesadilla was cooked to perfection. Although this was slightly more expensive, around $10, it was enormous and provided me with enough food for one meal. Additionally, the horchata was sweet and done just right. This is definitely a place I will be returning to, as there was so much on the menu I didn’t get a chance to try: ramen steeped in beef soup, tortas, crazy fries and many sides and desserts.

Overall, the pricing was great, and I would definitely recommend La Bodega Taco Bar due to its exemplary food and service. I can’t wait to visit again and try other items on the menu.