Angie Thomas’s ‘The Hate U Give’ inspires change 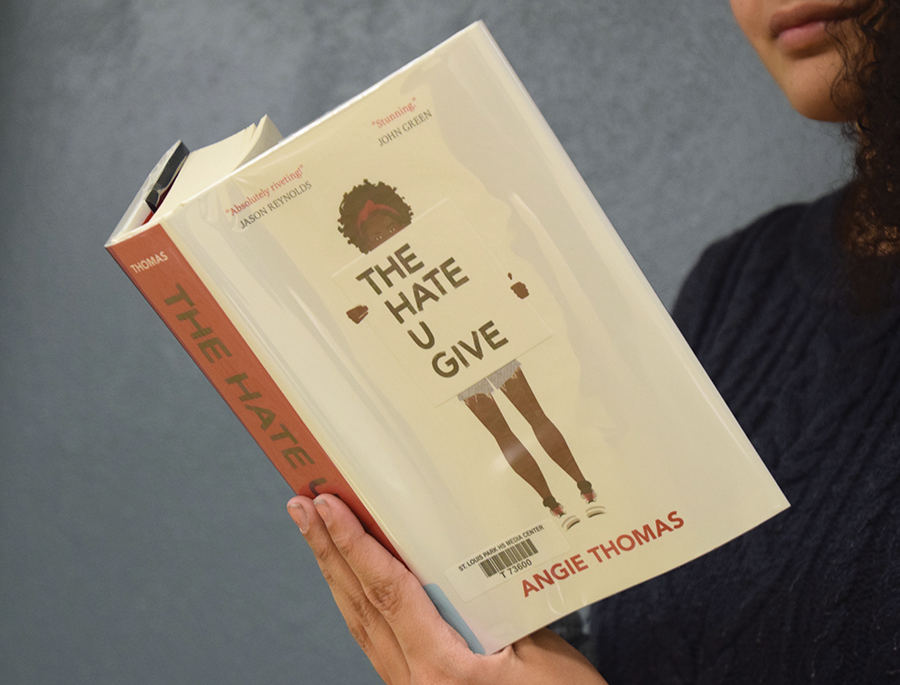 Angie Thomas's "The Hate U Give," is a New York Times bestseller and has become a teen favorite.

Angie Thomas’s new book, “The Hate U Give,” quickly became a teen favorite and a New York Times bestseller. The novel delves into the story of a teenage girl named Starr. Starr lives in “the hood” while also attending a private, majority white, high school. Through Thomas’s writing, readers are able to connect with what Starr is feeling and recognize her struggles. Thomas writes boldy and hides nothing as Starr explains the pain, humiliation and awkwardness she experiences at a white-dominated school. Thomas challenges readers to think through Starr’s viewpoint at school and when Starr’s childhood best friend, Kahlil, is shot by a police officer. Starr provides readers a firsthand experience of what happened that 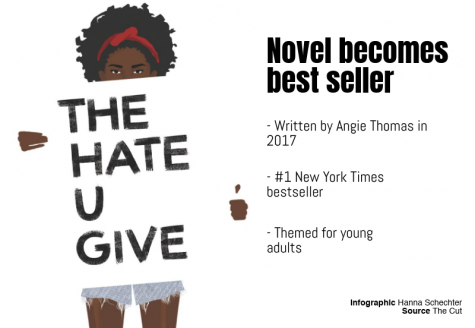 night and the events following the murder. As Khalil’s body is being covered, Starr tells the reader that Kahlil can’t breathe under there, that she “can’t breathe.” I later discovered these were the last words that Eric Garner spoke before he was killed by police.

Starr has to convince a world of skeptics, racists and friends of the truth without endangering herself. Being an unidentified witness means that Starr cannot publicly defend her friend without sharing her identity. However, things soon begin to change when the media labels Kahlil as a thug who ‘had it coming.’ Many moments within the book touch on problems within our current society and the progress that has yet to be made for equality.

For all the dark themes in the book, Thomas allows Starr to laugh with her friends and family. I soon began to fall in love with Starr’s family and enjoy the moments when she felt safe and happy. There is much room in the novel for joy, proudness and love.

The pages flew by as Thomas kept me hooked at every page. However the 444 page book did seem a little long. About ¾ into the novel conversations and events seemed repetitive. Although this took away from the pleasure of reading the book, I think this aspect also adds to the importance of the novel.  I was shocked how many times Starr had to recall the night of Khalil’s murder and how many times people second-guessed her. This repetition, although a bit boring, played an important role in the book by showing readers the struggles Starr went through to get her voice heard.