Spider-Man jumps from comic to screen 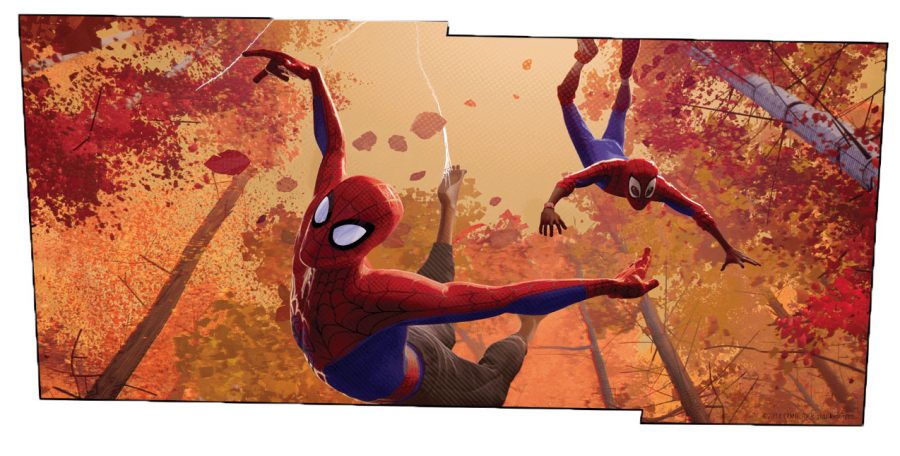 Fair use from Sony Pictures

At odds with the other reboots of the Spider-Man story, “Spider-Man: Into the Spider-Verse” is an absolute show stealer. The animated film centers around Miles Morales who becomes the second Spider-Man in his universe after being bitten by a radioactive spider. New York is being wracked by earthquakes, brought on by a man named Kingpin who accidentally brings multiple spider-people from five different universes to Miles’.

The voice acting is superb, with Jake Johnson (Peter Parker) and Hailee Steinfeld (Gwen Stacy) standing out among a star-studded cast with cameos from Chris Pine (Spider-Man), and Zoë Kravitz (Mary Jane), among others. Shameik Moore (Miles Morales) does a great job as well, pulling off lines that could easily sound fake.

Among the sea of cameos is an especially poignant one from Spiderman creator, Stan Lee. The scene takes on a whole new meaning knowing he died in the past few months. As Spider-Man is Lee’s creation and an extremely successful character, according to Insider, the scene is a nice tribute to the man who was so instrumental to Marvel.

The highlight of the film is the animation. Each scene is beautifully crafted and perfected down to the last detail. The stunning animation allows for incredible cinematography. Many of the scenes are completely breathtaking and almost everyone is a work of artistic genius.

All of the shots flow from one to the next and the comic book inspiration for the film allows for some fascinating edits. The movie really feels like stepping into the pages of a Spider-Man comic book. Little sound effects through graphics like “Pow” or “Boom” add to the comic book feel.

The film still has its minor flaws, an inevitability for such a large-scale project. Despite the amazing edits and animation, seeing it on the big screen leaves parts looking choppy and overwhelming. The intense flashy colors of orange and red can be too much at times.

The score is fantastic. It always fits the mood perfectly and adds substantially to the emotional impact. The use of more modern rap and pop songs helps it to really feel like you are following a teenager in New York. The endless list of notable rappers features such as Juice Wrld, Aminé and Post Malone only to name a few fit that strolling through the city vibe.

The movie’s pace is perfect — not too slow, not too fast — allowing the different character arcs to play out nicely. Though some of the references might miss some of the older crowd, “Spider-Man: Into the Spider-Verse” really pulls in its teen audience, and the end credit scene is hilarious and definitely worth staying late to see.