Marvel blockbuster ushers in end of an era 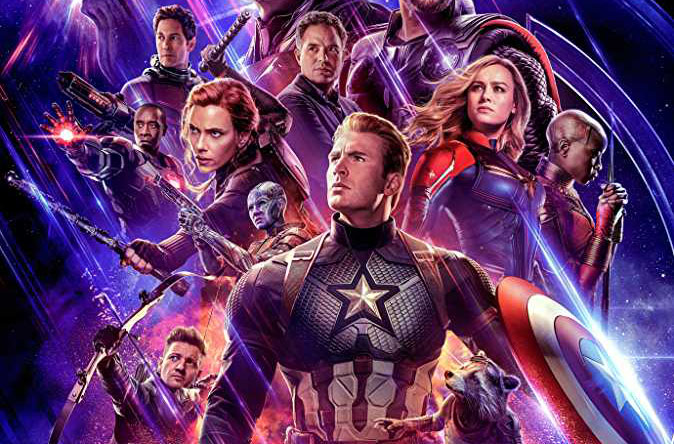 The final installment in phase three of the Marvel Cinematic Universe, “Avengers: Endgame,” centers around the group of superheroes — including fan favorites like Iron Man and Captain America — who managed to survive after the supervillain Thanos snaps half of all living things out of existence.

Picking up after as large a movie as “Avengers: Infinity War” with such a catastrophic ending, left “Endgame” with big shoes to fill. In response to this, Marvel came out with one of the longest and most anticipated movies I can remember. Though three hours may seem like an interminable amount of time to sit in a movie theater, “Endgame” was able to use this length to its advantage. Many superhero movies fall prey to predictability, in part because moviegoers can tell when the movie is about to end and therefore when the climax and/or resolution will be. This film’s length helps to belie attempts to quantify the climax as it could happen at any time within an entire hour. This makes the movie all the more suspenseful as viewers don’t know if they are seeing the last of the conflict or not, up until the very end.

The run-time also allow the film to showcase more characters than usual and still have time to focus enough on each hero. This gives the movie the opportunity to show stunning character development without distractions from all of the different plot lines that intersect in the movie.

“Endgame,” as it is partly set in space, boasts some dazzling visuals. Many of the shots are absolutely gorgeous, and they all serve clever and interesting purposes. The acting was incredibly emotional and fresh — an impressive feat for a cast who has been playing the same characters for over half a decade. The music is very creatively written, weaving in callbacks to themes from past Marvel movies during some of the more meaningful moments of the film.

The amount of surprises was shocking considering the extent to which theories were created and analyzed leading up to the premiere. The deviance from the usual Marvel movie end-credits scene really adds to the finality of the movie, hammering home all of the bittersweet feelings that come from the end of an era. This movie had more hype to live up to than any other that I can remember, and Marvel pulled it off. There was even a Stan Lee cameo, completing his on-screen contributions in all Marvel movies, a tradition that started over a decade ago.

I was either laughing or crying for almost all of the film, and I couldn’t tell which I did more. There were moments when I was smiling so hard my cheeks hurt and then others where I seriously regretted not bringing tissues. I would recommend this film for any fan of Marvel or even superhero movies in general. Even people who have never heard of The Avengers will be able to enjoy this action movie, though some of the more nostalgic moments will be lost on them.

This huge, bombshell of a movie is the perfect way to close the door on phase three of the Marvel Cinematic Universe and I, for one, can’t wait to see what crazy idea Marvel comes up with next.