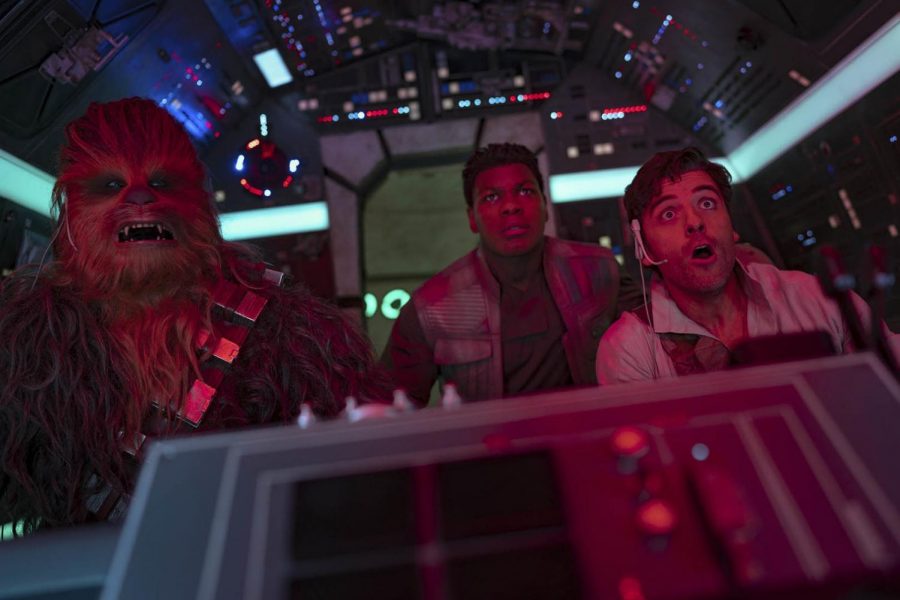 Fair use from Lucasfilm LTD.

With the new “Star Wars” movie, “Rise of Skywalker”, came the return of Lando and many others from previous movies as well as new elements to the force added with the release of the movie.

“Rise of Skywalker” answered questions that were on everyone’s mind and gave redemption after the previous installment in the franchise. Some answers given to viewers made sense while others came out of nowhere and felt forced.

One of the biggest problems I have with the movie is that Rey had no character development. Throughout the movie Rey is afraid of becoming something she is not and was on a journey to find out who she really was and how to embrace the discovery. However, when it is revealed who she really is, she rejects it and continues to do so by claiming to be someone she is not at the end of the movie.

As usual, John Williams brought a powerful score to the movie and did a tremendous job at mixing original trilogy music in with the new trilogies musical themes,including intertwining the “Imperial March” and “Kylo Ren’s Theme” together giving the movie a more immersive and nostalgic experience.

The scenes were very well shot and most of the cast such as Rey, Kylo Ren, Luke and Lando just to name a few, gave powerful performances. The scenes were beautiful, and whether they used a natural setting or a CGI space setting, they were very well crafted and gave some of the best shots I have seen in a Star Wars movie.

The movie was a strong final installment in the trilogy even with a few unnecessary elements along the way.