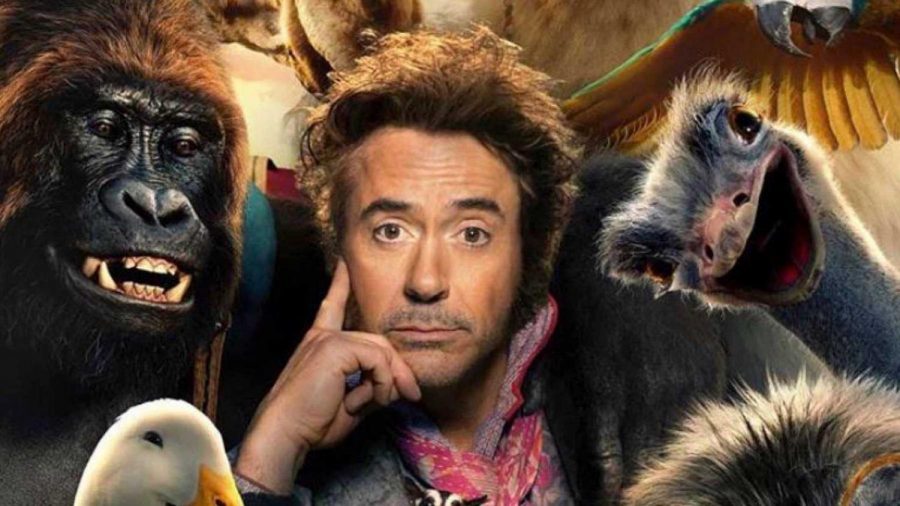 Fair use from Fandango

I didn’t have any idea what I was getting into going to “Dolittle”. I assumed it would be similar to the well-beloved movies made in the 1998 version of the film. However, I assumed wrong. This new “Dolittle” movie had very different stories, adventures, and characters. 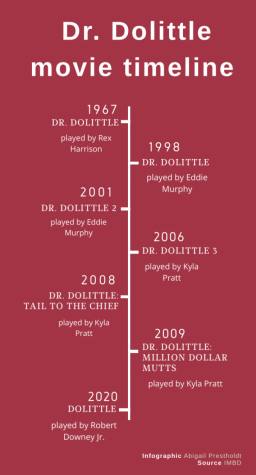 The movie takes Dr. Dolittle (Robert Downey Jr.) and his young apprentice Tommy Stubbins (Harry Collet) on an adventure around the world to save the Queen of England, who has fallen terribly ill. He is also accompanied by some of the animals he had rescued, which he can conveniently talk to.

I was very surprised to hear that Robert Downey Jr. was taking on the role of Dr. Dolittle; I had always thought of him as a very serious actor. He ended up being one of my favorite parts of the movie. His acting from the beginning to the end was serious but also emerged himself in the role. He truly took on the role of Dr. Doolittle and embraced it to the fullest, especially with his accent. His role did not include much comedy, but the other characters helped make it up through their creative lines.

What did bother me, however, was the script. It proved to have many plot holes throughout the movie, as well as many conflicting timelines and confrontations. The movie is full of action and adventure, but unfortunately, it proved to be too much. The constant action proved to be relentless and repetitive. The movie skipped from scene to scene with no real explanations or connections. It felt as though they were trying to jam everything they could into a short amount of time.

The cast list is filled with familiar names of actors and actresses, such as John Cena (Yoshi), Tom Holland (Jip) and Selena Gomez (Betsy).

Excited to see some of my favorite actors in the film, I was disappointed with the lines that were few and far between from the characters they played.

Overall the movie is filled with many entertaining adventures, but falls short in many other aspects. If you are a fan of action and adventure filled with comedy, but don’t care about the storyline details, this is the movie for you. For everyone else, I don’t recommend watching the film.