Get in on the action in ‘Ambulance’ 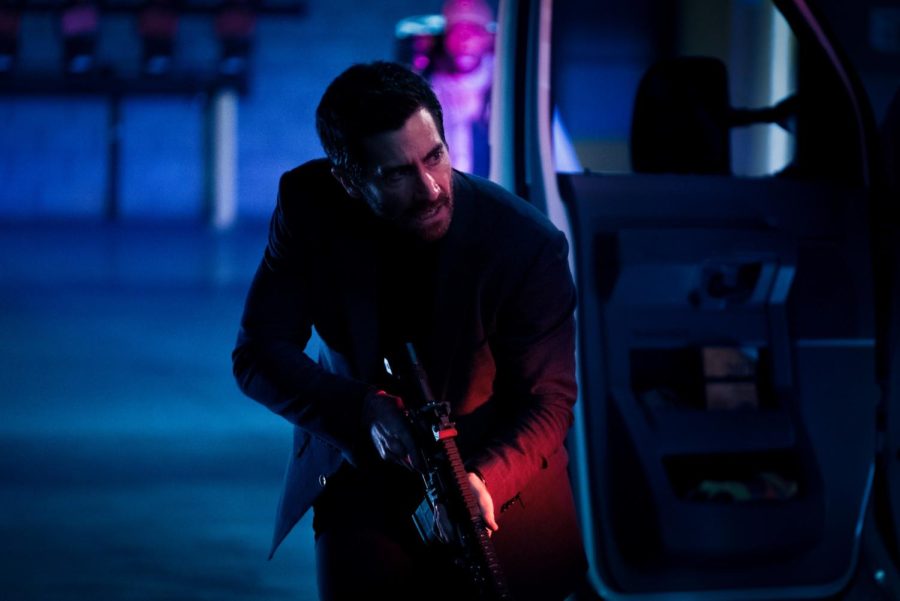 Fair use from Universal Pictures

When I stepped foot into the theater to watch “Ambulance,” I had low expectations, but came out pleasantly surprised. “Ambulance” is an action-packed thriller following a war veteran named Will Sharp (Yahya Abdul-Mateen II), who is driven to ask his adoptive brother Danny (Jake Gyllenhaal) for money to pay for his wife’s medical expenses. Instead of lending him the money, Danny offers his brother the opportunity to join him on an upcoming bank heist, in which they hijack an ambulance with an EMT named Cam Thompson (Eiza Gonzalez) inside.

I was originally reluctant to watch “Ambulance” because action isn’t typically a genre I’m a huge fan of, and I had previous knowledge about the fast paced and aggressive style that the director, Michael Bay, is known for. However, “Ambulance” pleasantly surprised me. It proved to be much more than just an action movie. It was heartfelt, and although the movie was definitely action-packed, the few comedic moments and close relationships between the characters made an otherwise unremarkable movie worthwhile. The characters, although made up of typical action movie tropes, are actually pretty realistic. They each have their own goals and personalities, and most of the attention is on the three main characters, giving them the opportunity to be fleshed out very well.

The actors’ performances were definitely the best part of the movie. Gonzalez, Gyllenhaal and Abdul-Mateen all play very different characters that mesh together in the best way possible. Gyllenhaal’s psychopathic and hilarious Danny definitely steals the show. He gives the film a comedic aspect, which combined with Abdul-Mateen’s sensible and honest Will makes for an exciting dynamic. When Cam (Eiza Gonzalez), who is solemn and apathetic, is added to the duo, the three obviously clash at first, but find a way to work together. As a viewer, I was able to watch them all develop emotionally during two hours in a high-speed chase, which gave the film a form of humanity and made the stakes much higher.

Aside from the characters, the camera angles and cinematography was also well done. The intense angles and close ups of characters right from the beginning of the film gets the viewer immersed immediately, and made me feel as if I was right there with them. The use of aerial shots and drones was also a fantastic choice, making it even more fast-paced while simultaneously making it easier to keep track of where the characters were.

However, with a runtime of two hours and sixteen minutes, it was much longer than it needed to be. Many of the scenes were very similar and ran together, and at some points throughout the film, it was difficult to differentiate scenes and figure out what was happening with the plot.

Although this movie has its flaws, it was still enjoyable. The character development and plot was great for such an action-based movie. I would recommend this to anyone who’s looking for a movie with a lot of action and gore, but not necessarily an easy or relaxing one to watch.