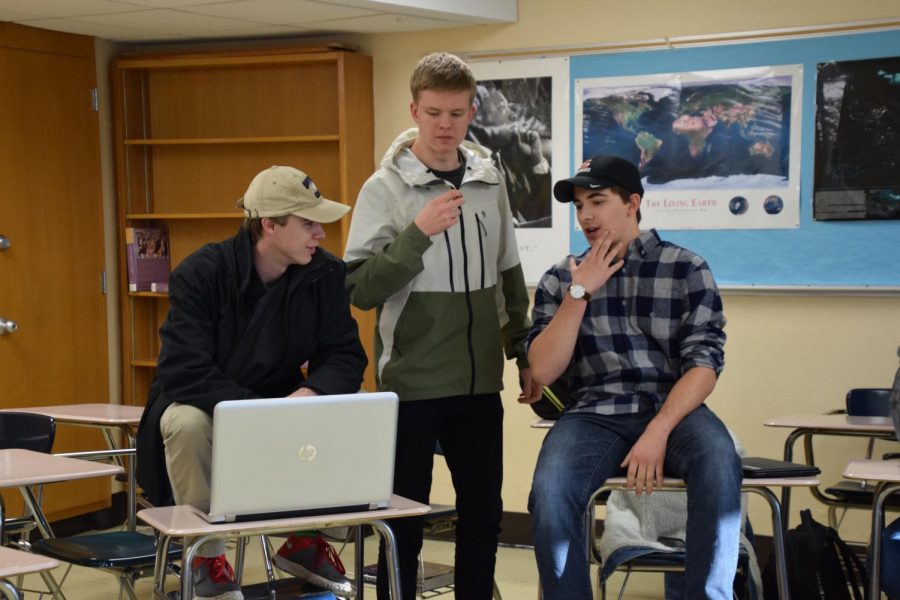 “I started the club last year with Eli Curran-Moore,” Lee said. “We really wanted to create a way to promote healthy discourse about a bunch of current events we believe affect us personally and the world at large. We just came up with the idea, liked it, got the club approved last year and here we are now.”

Freshman Koby Davis said he found out about the club at the start of the school year.

“I found out about (the club) at the activity fair at the beginning of this year,” Davis said. “I have gone to some meetings with a friend and it has been a lot of fun, we talk about politics and current events and it’s fun seeing where the conversation takes us.”

Adviser Scott Miller said the club gets background information and topics to discuss from the internet’s various news sources. Miller said members of the club pick around three current events to talk about per meeting, and the club always opens up to members bringing up any relevant topics.

“(The members) usually come in with a topic they want to discuss. I get computers and sometimes they look into some background information,” Miller said. “They usually pick one to three topics to discuss that are involved with current affairs, political or otherwise.”

Lee also explained why students are interested in the club.

“(The club is) just a bunch of people getting together and talking about current events and it’s pretty fun,” Lee said. “It’s nice to hear other students’ perspectives about things going on in our world, whether those events are on a local, national or global level it’s cool to discuss a wide range of topics.”

According to Miller, the seniors have been recently recruiting new members, and anyone is welcome to join the club.

“The individuals who started the group were seniors. I think they have been recruiting other people to come,” Miller said. “I really just leave it up to them, and I believe that anyone is welcome, at least at my standpoint in my room, anyone with any perspective on anything is welcome.”

According to Curran-Moore, the next Socio-Political discussion club meeting will take place at 3:10 on Dec. 6 in room C357.