A curtain call for theater 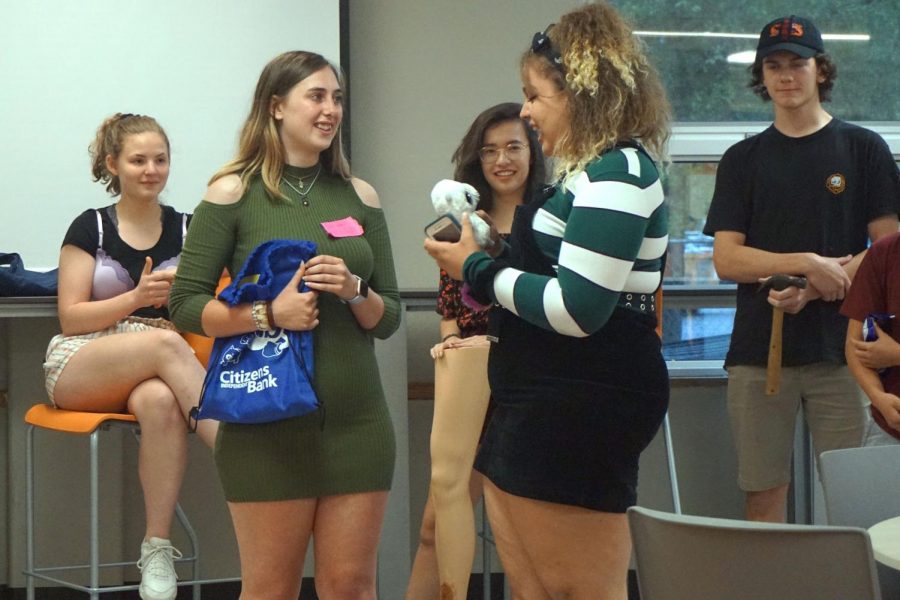 Senior Nietzsche Deuel passes down her legacy to freshman Kenzie Peschong June 4. Theater had its end of the year banquet, in which they voted for a new Thespian Society president and said goodbye to the seniors.

Sophomore Evelyn Chlebeck said hard work with her fellow thespians this year has given her long-lasting relationships.

“It’s a really welcoming and happy group,” Chlebeck said. “When you work so hard with a group of people on a project, or specifically a show, you really get a connection with those people.”

According to former thespian president Nietzsche Deuel, the connections between members of theater is what separates the group from other clubs.

“I could not (have) wished for a better group of people to spend my time with,” Deuel said. “We have not just a lot of talent here, but a lot of diverse personality and that’s what makes this club so unique, truly we really are a family. I think that really made this year what it was for me.”

Chlebeck said traditions have strengthened her experience in theater.

“There’s a lot of silly rituals and games and warm-ups that we do, that are a part of the theater family and part of the bond,” Chlebeck said.

According to director Jodi Hatzenbeller, the theater company holds a tradition of giving ‘wills and legacies’ at the banquet.

“Each senior gets a chance to ‘will’ something to an underclassman and then there are ‘legacies’ which are something that has been passed down for generations of theater that become staple items in theater,” Hatzenbeller said

According to Chlebeck, she was unable to hold back tears at the last show because of the thought of the seniors moving on. 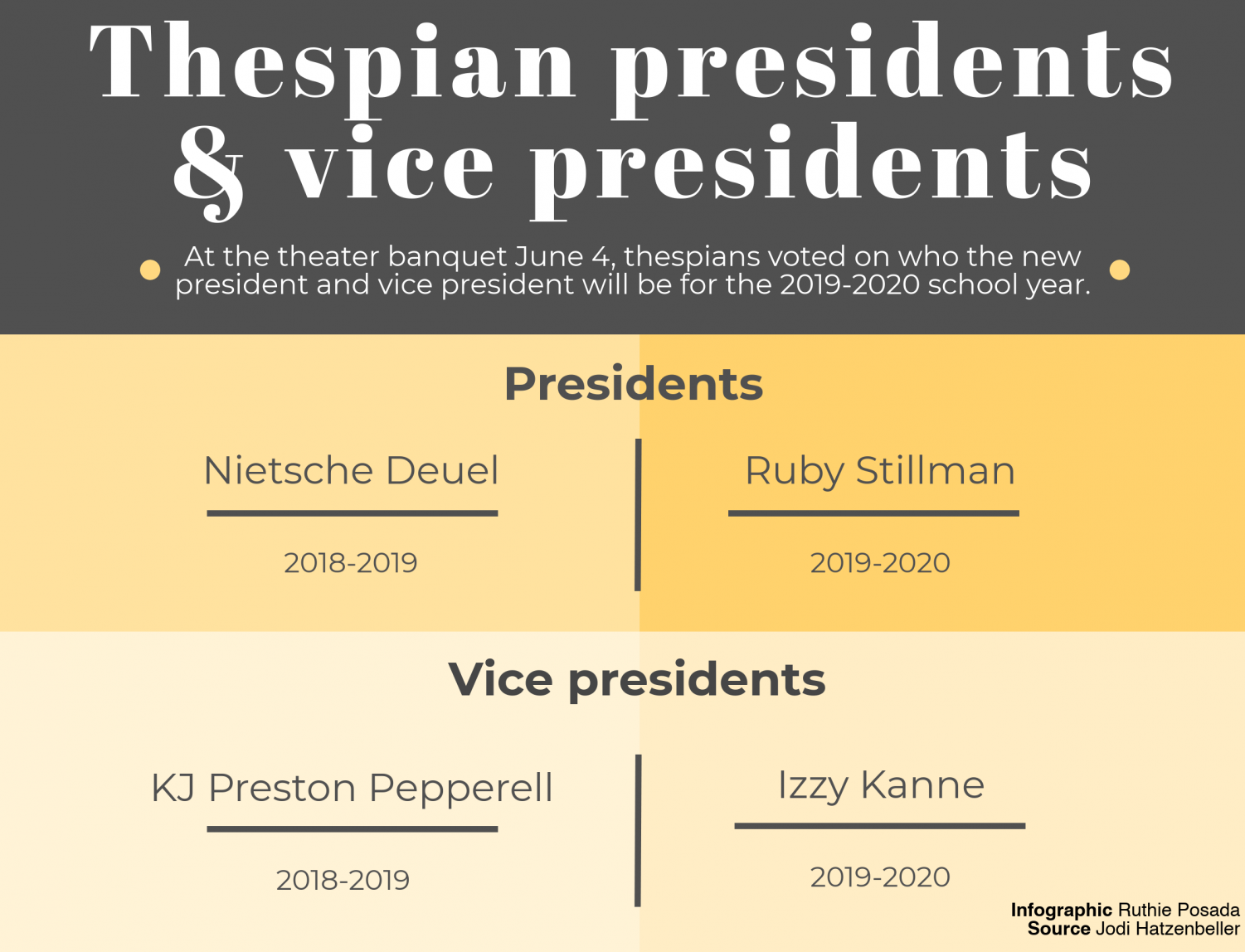 “I cried on the last night of the play because it was the seniors’ last performance. A lot of us cried,” Chlebeck said.

Deuel said she felt very emotional at the thought of leaving the theater program, after playing a part in a dozen shows and growing up in the theater.

“I’m gonna cry tonight and my mascara is going to run, but it’s also really nostalgic. I wrapped up my 12th show, so I did every show here at the high school,” Deuel said. “As a senior this is a place where I feel like I really grew up. I spent almost every single day after school here — I have well over a thousand hours spent in this theater.”

According to Hatzenbeller, she looks forward to seeing what the seniors will accomplish in the future.

“It’s always bittersweet because we’re excited for them to move on to bigger and better things, but we’re sorry to see them go,” Hatzenbeller said.

Deuel said it will be difficult to end this chapter in her life, but she learned lessons that will help her in her future.

“These people are my family and it’s hard to say goodbye, but I also feel like it’s time to move on,” Deuel said. “I think there are so many things I learned here that I can’t even begin to describe. My experience here has been so plentiful and eye-opening.”