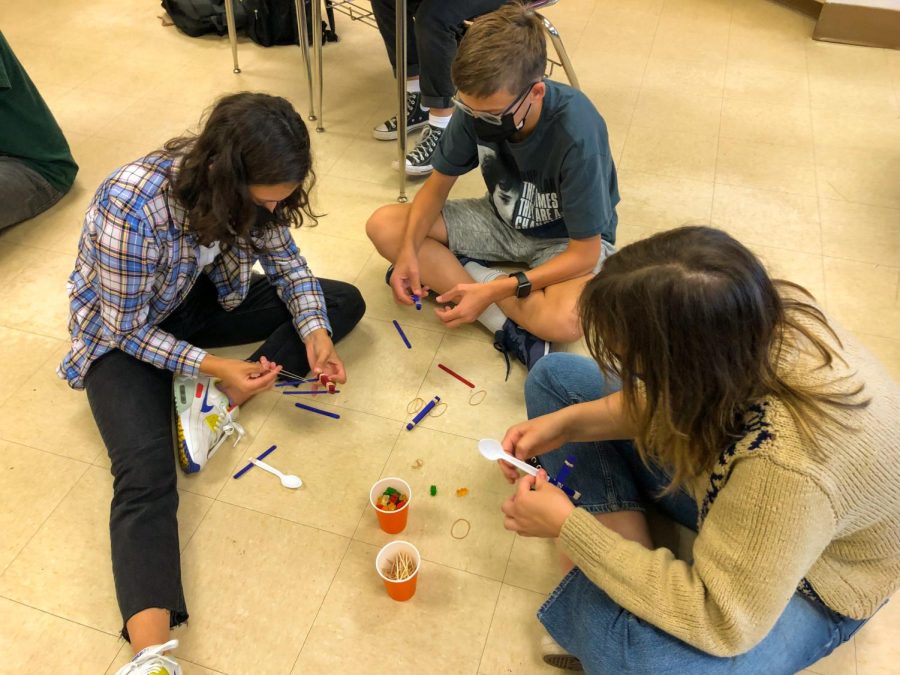 As the adviser for nearly 20 years, Shari Fox said German club is a laid-back, fun place to learn more about German language and culture.

Senior Aiden McDonald said he likes learning more German through the club and participating in the interesting activities.

“I really enjoy going to the club and learning about German culture and the German language. I had fun at the last meeting building gummy bear towers,” McDonald said.

Although COVID-19 has been one of the main reasons for decreased club turnout, Fox said a myriad of issues are causing the reduced attendance.

“A lot of those logistics and infrastructural things that are important for making (German club) happen or to be unique fell away over the years,” Fox said.

Fox said scheduling and transportation has also been an issue, as younger students have lost the opportunity to participate in the club.

“I used to have the middle schoolers come up here and do German club with me too, but that became a non-possibility as a result of scheduling and busing,” Fox said.

According to senior Thomas Hanson, he enjoys the community atmosphere German club has and appreciates the intriguing plans Fox makes for the club.

“The German club is enjoyable. I like the community sense of it and Frau (Shari Fox) connects what we learn in class into engaging and fun activities,” Hanson said.

Fox said she strongly encourages students who take German to join the club, as the club converses mainly in German. However, she also says anyone is welcome to come if they want to.“German club has traditionally been (for) students in German because we talk a lot of German, but there’s always been (an opportunity) if you want to bring a friend,” Fox said.

German club’s next meeting will be after school Nov. 10, in room B241.