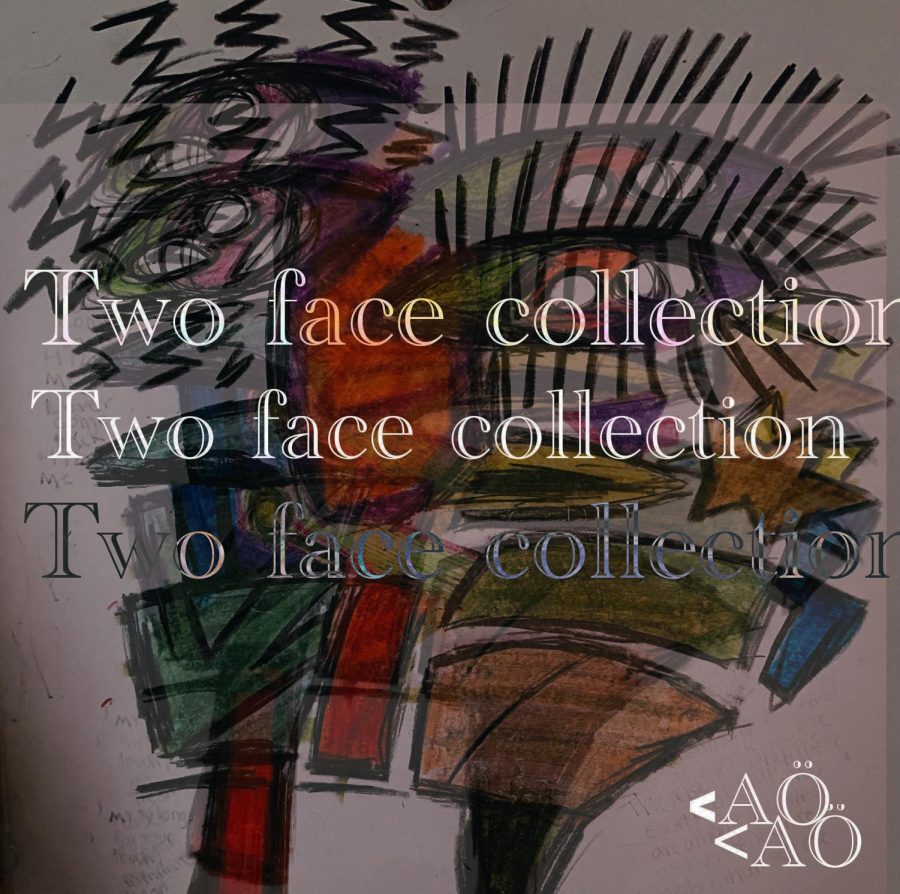 Used with permission from Anna Overall.

After her former business partner moved to Hawaii, senior Anna Overall had a difficult decision to make. She decided to continue her business, Jewelry Junkies, by herself, and headed in a new direction. Now that Jewelry Junkies is officially rebranded, Anna Overall hopes to branch out to new forms of art, while also learning more about what it takes to build a business.

“This year I’m going to start releasing clothing rather than just jewelry, and I’m going to do a lot of exclusive clothing drops,” Anna Overall said. “These changes will help my business in the aspect of learning how to make clothing, but also learning how to run a business better. It’s taught me a lot about finances, because I have to file for taxes this year for a small business (for the first time), which is super cool, but also a lot of work.”

Anna Overall’s younger sister, Evy Overall, has been helping her model the products, as well as offering her own personal insight. As Evy Overall has been with her throughout the process, she said she is highly anticipating what her sister’s next drop, “Two Face Collection,” will bring.

“I basically just watched her grow and helped her model earrings, rings, necklaces, bracelets — whatever she needed help with,” Evy Overall said. “She’s kind of deciding what she wants to do with the business, and she’s gonna keep going — just give herself a little bit of time. I’m going to expect more clothing pieces: sweatshirts, t-shirts, tank tops or even custom pieces at some point. I think she’ll do some more different art forms instead of just keeping it as jewelry.”

Jewelry Junkies originated in Business Innovations class, where teacher Abigail Lugo helped coach students into creating a completely student-run company. Lugo said rebranding over social media will be a good opportunity for Anna Overall to engage with a new market, as well as create buzz within the community.

“I love that she’s using a social media platform to drive her business. I just think it’s genius,” Lugo said. “It really keeps her costs down, and she’s also getting to engage with their customers or her potential customers by asking them what they like. That way she’s not creating inventory that she won’t sell either.”

According to Anna Overall, one of the biggest obstacles she faced was budgeting. Before, when she only sold jewelry, most of the products were upcycled — therefore, it was mainly donated material she worked with.

“The hard part about starting with actual clothing now is that I’m challenged by just the money aspect. (I’m) just budgeting and trying to figure out how much money I should put in, versus how much I’m gonna get out, versus how much I should make sure to save for the next drop to put into expenses,” Anna Overall said.

According to Lugo, she’s excited Anna Overall has continued to work on expanding the brand, as her commitment to the company isn’t something she sees often.

“I think the biggest thing business’ needs is an idea person behind it — someone who truly believes in it. With that passion and drive, you’ll break through any barriers or challenges you come up against, because running a business is not easy,” Lugo said. “(Many students) come in thinking they want to be CEO of a business someday, but there’s actually a lot of work involved in the details — you have to get your hands dirty.”

Despite the challenges that come with working alone, Anna Overall said she is excited to have more creative freedom going forwards.

“It’s been really exciting because I’m only releasing ten pieces for my next drop and I have around 20 to 30 people that want them,” Anna Overall said. “Having a business partner is fun but sometimes it can get challenging just because there’s conflicting ideas, but now that I have it all to myself I can also just do things with whoever I want — now I don’t have to worry about confirming (ideas) with another person because I can just do it by myself.”

More information about the “Two Face Collection” can be found on the Jewelry Junkies Instagram page.