Math Team competes at first meet of the season

Park looks to improve for next meet 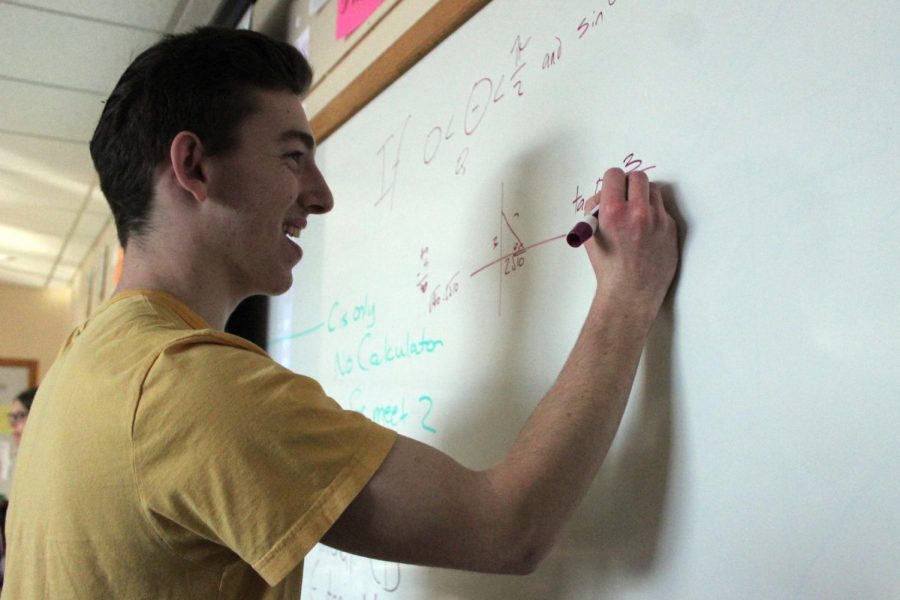 When junior Math Team member Rafe Covin completed his events at the Math Team’s first meet of the season, he said he felt confident despite the meet’s difficulty.

“I thought (the meet) went pretty well. The questions are usually pretty hard, and I got a couple right, so that was good,” Covin said.

According to Math Team adviser Kristin Johnson, Park placed 5th out of seven teams in the first of five meets this season Nov. 12.

Johnson said the team hopes to use the first meet as a reference point to progress from.

“(Our goal was) to do the best that we can do and get a feel for where we are at,” Johnson said.

According to Johnson, the Math Team competes in different events against six schools within its division; Robbinsdale Armstrong, Edina, Breck, Hopkins, Minnetonka and Wayzata.

“There’s four individual events. Each mathlete gets to take two of the events, and then after the individual events there’s a team event where eight students get to work together on a set of prompts,” Johnson said.

Math Team captain junior Eitan Weinstein said the team practices frequently to prepare for meets, which progressively get harder throughout the year.

“We’ve had practices once a week from pretty much the beginning of the school year where we do tests that are from other years,” Weinstein said. “Each meet gets harder and harder, so we (did) tests from the first meet of every year to match the difficulty of this first meet.”

Weinstein said he wants the team to improve on planning for meets.

“(For the next meet, the team will work on) cohesion and team planning beforehand because I think we were a little bit (all over) the place, which is fine, but if we’re all on the same page that would be helpful,” Weinstein said.

According to Johnson, she wants the team to improve on certain topics and learn about the general rules of meets.

“I want to be a little more focused on specific topics to make sure we have the topics down, and (to go over) some of the specific rules that disqualify an answer, even though it might be right,” Johnson said.

Math Team’s next meet is Nov. 26 at Hopkins High School.