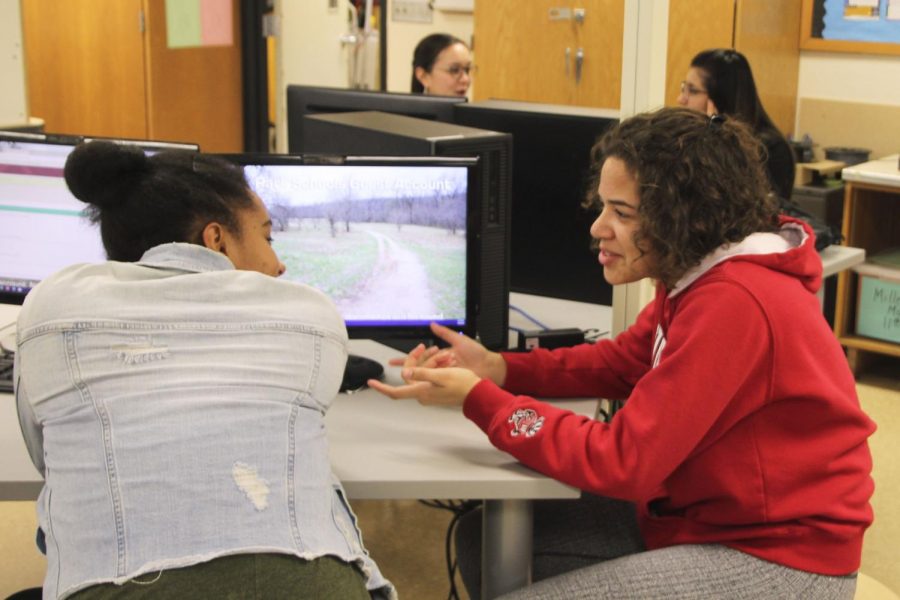 Junior Zoe Younger and senior Sidney Hosfield discuss app ideas at Technovation's first meeting of the year on Jan. 9. Club members will develop an app and present to a panel of judges in May.

Technovations this year has two more additional teams than last year, which means more apps will be developed, according to adviser Mark Miller.

According to Miller, Technovations had its first meeting Jan. 9, and 15 girls attended.

“Two (girls) have contacted me that they couldn’t make it, but they want to be a part of the team, so we have a total of 17,” Miller said.

Senior Ilsa Olsen said she is enthusiastic about having more than one team this year and several additional girls joining.

“It’s great that at least this year we have more than one team. I think it’s awesome that more girls are coming out,” Olsen said. 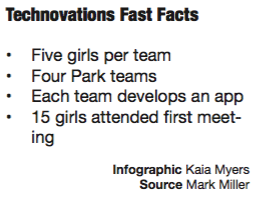 Miller said the more girls wanting to get involved and build apps would be great for the club. He said it’s a great chance for girls collaborate.

“There are some teams or some schools that have five or six teams — the more the better,” Miller said. “I think it’s a great opportunity for young women to work together as teams with a shared mission of trying to solve a problem.”