Team optimistic for a successful season 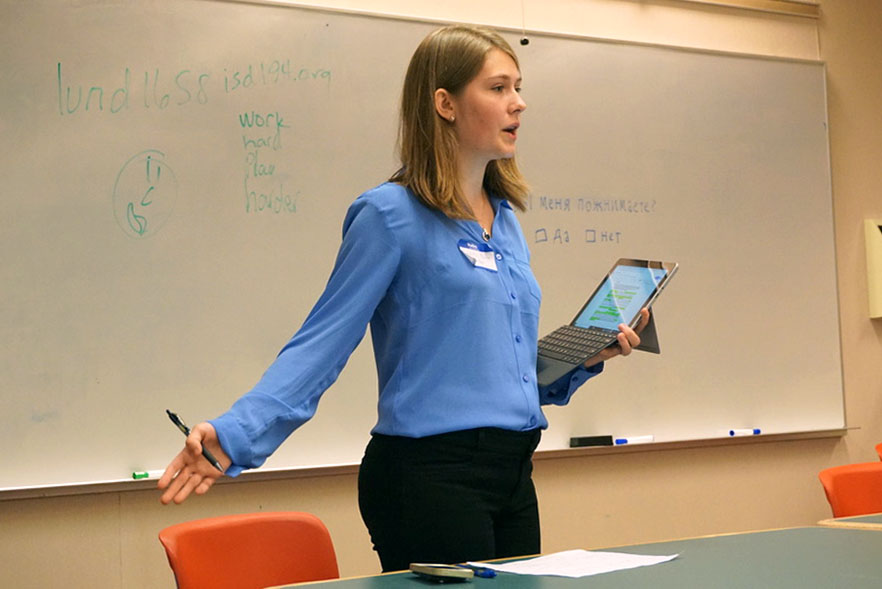 Junior Meredith Reise states her argument on standardized testing Sept. 5 at the Lakeville North debate tournament. This was Park's second tournament this season.

Debate team member and junior Liz Hodges said she has noticed her growth as a competitor over the last year in her recent debate tournaments.

“Last weekend was our first competition of the season and during my first round I was really proud of myself, because I won on both offensive and defencive aspects,” Hodges said. “My judge, who had judged me previously, told me he could see a lot of improvement in me and I should be very proud of myself.”

According to Hodges, the team’s first competition wasn’t successful, due to the little practice they had going into it.

“Our team did not place and it wasn’t our best, but for our first tournament of the season, compared to the other teams in Minnesota who had been competing for a few weeks, we did pretty well,” Hodges said.

At the team’s Oct. 5 tournament, junior Meredith Reise said she saw her practice begin to pay off.

“My first round was a pretty good round; I did well and used what I have been learning to win against my opponent,” Reise said.

According to Shmikler, the team has enjoyed working together to refine their skills.

“I feel like it’s going well. The kids seem to be having a lot of fun and learning a lot. I’ve seen a lot of varsity kids helping novice kids at the tables and our judges are liking it,” Shmikler said. “Our coaches are being helpful. I think it’s going well.”

Hodges said she has been improving in skills that could help her in upcoming tournaments. 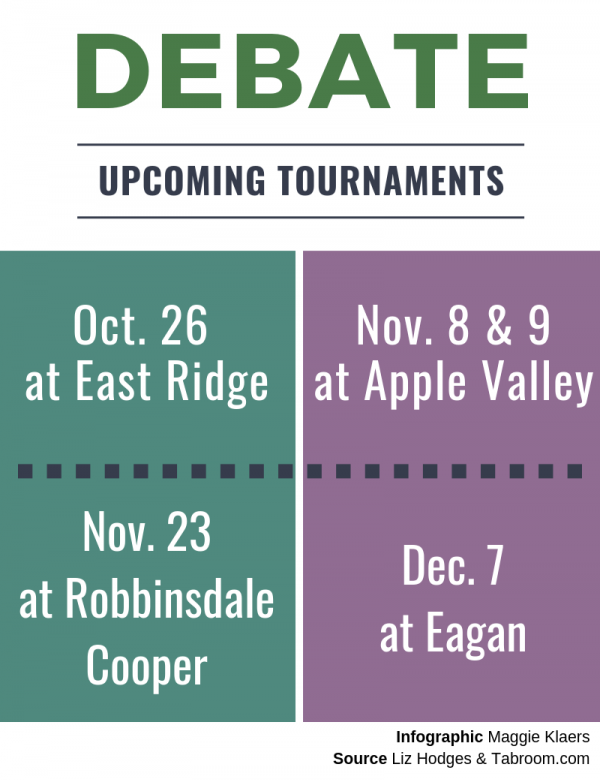 “I’m getting better about researching our topics so that I am prepared for the arguments I’m going to need to defend against, as well as being more confident in my second speeches of the round when I’m on the affirmative side,” Hodges said.

Reise said she is working on organizing her arguments and utilizing her time effectively.

“I’m trying new styles of debate and get much better at using my time and strategizing it,” Reise said.

According to Shmikler, the hope is that all members of the debate team will have a few victories under their belt by the end of the season.

“By the end of the season, I want everybody to be winning some rounds and hopefully winning a tournament or two and staying in debate,” Shmikler said.