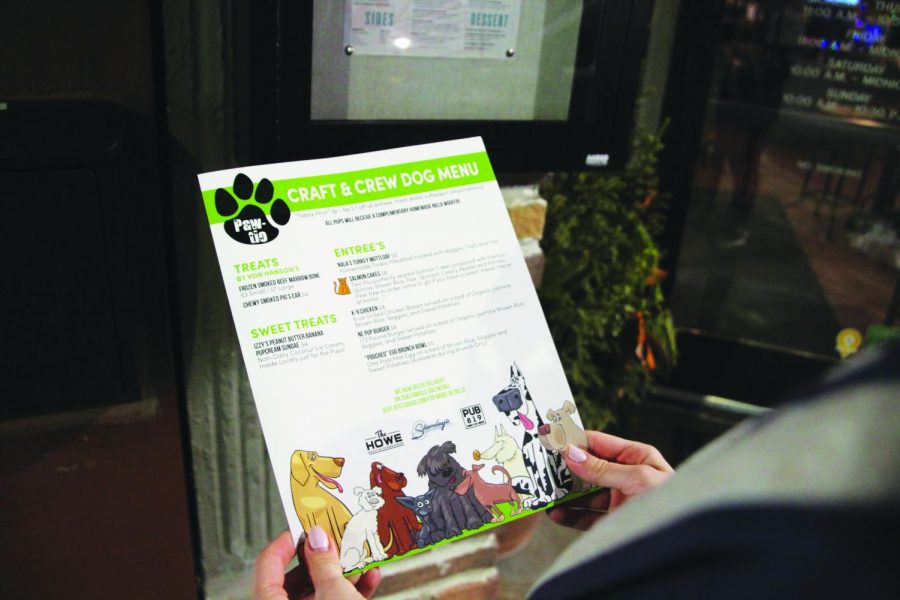 With four restaurants around the Twin Cities, Operation Director for Craft and Crew Hospitality, Luke Derheim, said they chose their newest restaurant, the Block, in St. Louis Park because they noticed few quality restaurant options in Park.

“We really like the St. Louis Park area and think there aren’t a ton of great options or bar type atmospheres that we offer. There’s really not a restaurant like the one we’re trying to propose to do,” Derheim said.

Derheim said at all of their locations they have dog-friendly patios accompanied by dog menus, which makes their restaurant unique.

“On all of our patios we serve dog menus, and there’s seven different dog menu items,” Derheim said. “We launched it three years ago and this year we sold over 20,000 dog menu items.”

According to sophomore Emmy Pearson, dogs provide a sense of happiness, and inviting them into restaurants could improve the customer experience.

“I think it would be incredible because dogs provide a lot of comfort to humans. If we could have them in the same place, that could make customers way happier,” Pearson said.

According to Derheim, they are planning to continue their dog-friendly atmosphere throughout the year at The Block.

“The Block in St. Louis Park will have a patio that seats about 70 people that they can bring their dogs on, and we’re going to try and enclose it so people can try to bring their dogs year-round,” Derheim said.

“Dogs are amazing, they bring smiles to my face,” Mcsherry said. “It can help with the anxiety that people have, especially students.”

Sophomore Emma Brown said she likes the idea of bringing her dogs with her out to dinner and thinks it would be beneficial for them.

“I have two dogs, It would be a fun idea to bring them to a place like this. I could spend time with them, get them out of the house and they could meet other dogs, which is really good for them,” Brown said.

According to Derheim, one of their main goals is for their restaurants to unite the community and to suit its needs.

“All of our concepts are based on building a community neighborhood restaurant. We really like to focus on the community that we’re in and make it a staple in the community,” Derheim said.

Derheim said they are centering their menu around what citizens of surrounding neighborhoods and in St. Louis Park as a whole would like to see by using surveys.

“We’re holding focus groups with the neighborhood and we’re going to be posting an online survey for people in St. Louis Park to partake in,” Derheim said. “We’re asking the community what they would like to see from a menu perspective, and we’ll be crafting the food and drinks based on the feedback we get.”

Pearson said she is tempted to take her dog everywhere and there is no doubt that she would take her dog to The Block.

“I have a dog and I want to take her everywhere,” Pearson said.

Derheim said all of their restaurants strive to treat the dogs similarly to their customers.

“It’s a unique experience and people have such a strong connection with their dogs. We treat the dogs well, if not better than our customers so we really make it a priority,” Derheim said.

According to Derheim, construction will start in January and the restaurant is anticipated to open in June.