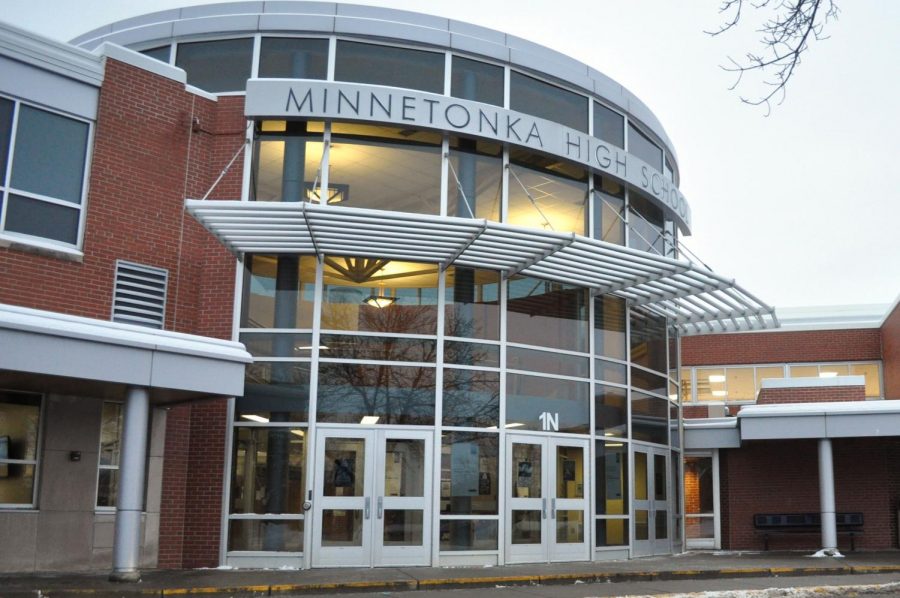 According to NBC News, two high school students from Minnetonka did the Nazi salute in front of a promposal poster referencing the Holocaust.

According to Lakeshore Weekly News, the poster read, “Sweethearts would be a Hit(ler) with you, and I could Nazi myself going with anyone else. Be Mein? Yes, Nein.”

Sophomore Mira Malka said she felt distressed over the poster and was perplexed about whether the students had knowledge about the Holocaust.

“I was kind of wondering if they learned about (the Holocaust) or not, but it affected me throughout that week, Malka said.

According to The Hill, executive director of the Jewish Community Relations Council of Minnesota and the Dakotas, Steve Hunegs, said in a statement that the group was upset by the anti-semitic sign.

“Such images both insult the memory of Hitler’s victims, as well as the heroic Minnesotans who fought to defeat Nazism,” Hunegs said.

Junior Shalom Berhane said she found the sign and the saluting to be offensive and inhumane.

“It’s affecting all Jewish people and it was messed up — because what happened was really bad — the genocide and the Holocaust,” Berhane said. “I don’t think it’s funny to make and use that as a poster for promposal or for anything.”

According to Principal Scott Meyers, if they were students from Park he would try to recognize the students motive and talk with them about the significance it could have to other students.

“I think regardless of school consequence we would need to engage with the students that were involved to seek some more understanding and have discussions about their intent versus the impact. Possibly even discuss the history and the significance of how it may feel one way to a certain person,” Meyers said.

Sophomore Ryan Barnett said there should be a punishment for the senseless poster the two high school students made. He said he thinks these teens should know better.

“You are supposed to teach your students not to do stupid things,” Barnett said. “For them just to blatantly offend an entire religion — I feel there needs to be some disciplinary action taken.”