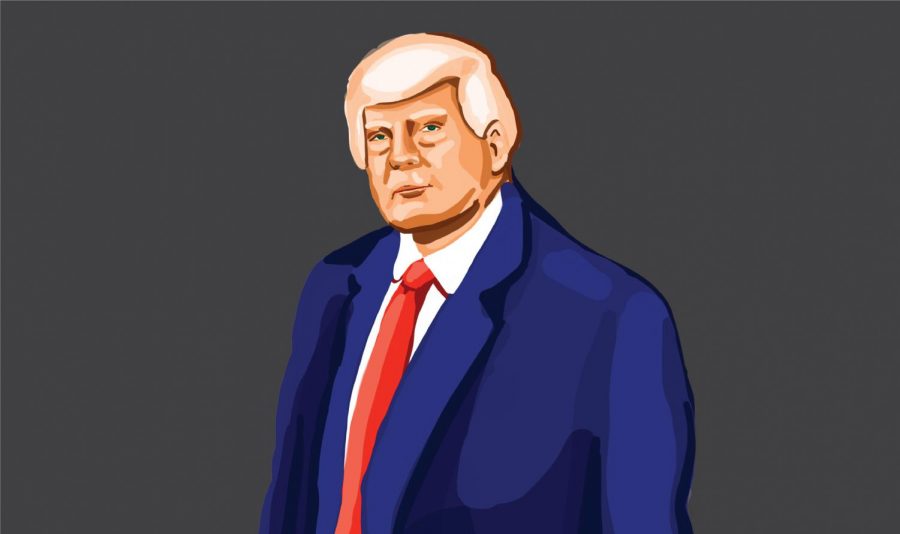 President Donald Trump was acquitted February 5 from both charges. Article one was denied 52-48 and article two 51-49. Senator Mitt Romney was the only senator to cross party lines.

In the midst of this historic impeachment of President Donald Trump, Echo is here to clear up confusion around the process.

On July 25th, Trump called President of Ukraine Volodymyr Zelensky to congratulate him on winning the election. Later in the phone call, Trump asked if the Ukrainian government could help investigate Hunter Biden, the son of presidential candidate Joe Biden. Then on August 12th, a whistleblower filed a complaint with the CIA about the phone call. An investigation was opened and transcripts of the phone call showed that Trump had withheld funding for personal gain. Since then, the president has repeatedly described his phone call with the Ukrainian president as “perfect.”

Pelosi avoided opening an impeachment inquiry because she would prefer for Democrats to beat Trump in the election instead of by impeachment. However, Trump’s actions with Ukraine forced her to act.

Impeachment is the process by which high-level officials, including the President of the United States, can be charged with a crime and then removed from office. Impeachment is a form of balance of power provided for in the Constitution. If Congress believes the president or another high official has abused their power, they can open an official impeachment inquiry.

Each impeachment is different, so the House develops and approves the official layout of the impeachment. The process starts when the Speaker of the House, in this case, Nancy Pelosi, announces a formal impeachment inquiry. The formal inquiry was announced September 24, 2019.

On December 10, the House Judiciary Committee’s Democratic majority released the two proposed articles of impeachment charging the president with obstruction of Congress and abuse of power. The articles were approved December 13.

On December 18, the House of Representatives had six hours of debate, as allowed by the agreed-upon rules, and voted on the articles of impeachment. Both articles passed, Article 1: Abuse of Power passed 230-197 and Article II: Obstruction of Congress passed 229-198. Trump is impeached.

After the House impeaches a president, it moves to the Senate and they act as the jury. On January 15, 2020, the House appointed seven lawmakers from the chamber to act as prosecutors in the Senate trial.

On January 16, Chief Justice John G. Roberts Jr. was sworn in to preside over the trial, and he then swore in the Senate.

Speaker of the House Nancy Pelosi picked a diverse group, seven Democrats to be the House managers in the Senate trial. House managers are prosecutors of the trial and are arguing for Trump’s conviction. The Chief Justice of the Supreme Court John Roberts swore in all 100 senators as official jurors. The president is literally on trial and the senators are all on jury duty.

Senate Majority Leader Mitch McConnell drafted the rules for the trial, which had to be approved by a simple majority. The rules allow 24 hours of presentation by both sides split over three days. The rules also state all evidence used in the House inquiry is atomically admitted into the Senate.

Trump’s legal team released a 110-page brief, January 18 asking for the Senate to dismiss the articles or have a speedy trial. They argue that the abuse of power is not an impeachable offense or a crime at all. The Democratic managers also released a 9-page brief January 20 arguing Trump is a danger to national security.

Beginning January 22 the house managers began giving their opening statements playing video clips from witness testimony including past and present high officials. Some Republicans responded to the arguments by walking out saying they have not heard any new information about the case.

Although Trump is the fourth president to have an impeachment inquiry opened, his case is different than all the others because he is the first president to be running for reelection after being impeached. The Constitution says that if Trump is convicted he is not automatically disqualified from the presidential race,

Once the Senate trial began, both sides were given a 24 hour period split over three days for their opening statements. After the opening statements, senators were able to write down questions for both legal teams to answer.

The Senate voted 51-49 January 31 to not allow witnesses or any new evidence to be considered in the trial. February 3 through 5 was spent on the closing statements.

Trump was acquitted February 5 from both charges. Article one was denied 52-48 and article two 51-49. Senator Mitt Romney was the only senator to cross party lines.