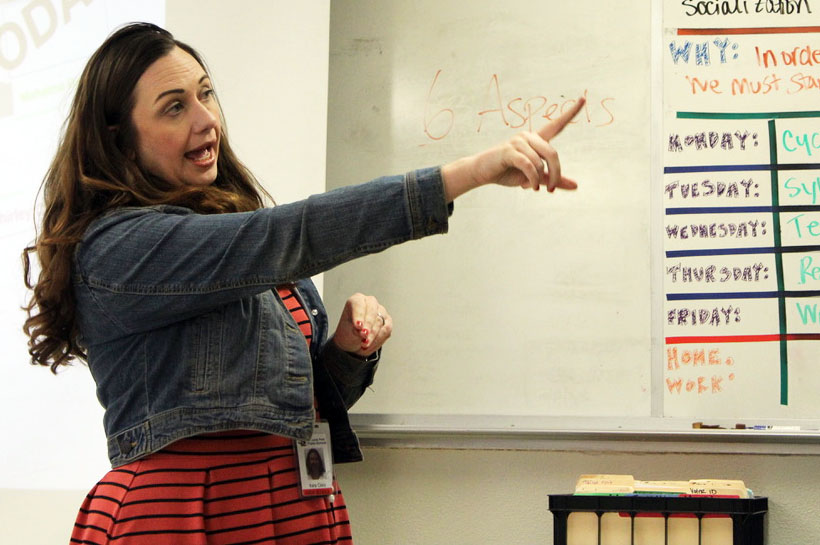 For their final project, the Revisiting Ethnicity and Culture in U.S History class examined the disproportionate number of suspensions at schools in the United States and added their opinions and experiences in relation to the topic. After witnessing an incident in class, senior Aliviah McClinton said they had a discussion about the issue.

“There was an incident in our class one day and these two kids got to fight, like not into an actual fight. (They were) just arguing, and they got suspended for that. And so, we kind of got into suspensions for what were for non-valid reasons, and then the just portion of suspension in between races,” McClinton said.

Senior Victoria Caraballo, who is also in the class, said she thinks there is still prejudice at Park.

“There is some racial bias, especially at our school. I know that St. Louis Park likes to flaunt that they have a really diverse student body, but I don’t think we have the correct resources to make our community work,” Caraballo said.

Assistant Principal Todd Goggleye said he thinks each case of suspension is based on the individual.

Goggleye said. “You have to dig deep into it and figure out why each individual kid was suspended. I don’t want to get into the race thing, I think it’s an individual case for each student,”Goggleye said.

According to McClinton, her personal experience with race in the school played a role in her addition to the piece in the article.

“I’ve felt like there’s already a bias toward me and I’ve had to prove that, I’m not a kid to watch out for just because of my race, and I think that this project has made me realize how big of an issue it really is. And not even just our school, a lot of schools too,” McClinton said.

Carabello said although she hasn’t received much punishment from the school, she is still affected by witnessing of her peers being treated unfairly.

“We’re always with our protocol through courageous leadership I think that we’re always looking at how to advocate for students in the building. We’re always looking for how we can improve, whatever issues might be happening in the building,” Goggleye said. “We’re looking for student feedback too and I think that we’ve had conversations with students and all to, as you know, provide student feedback to us.”