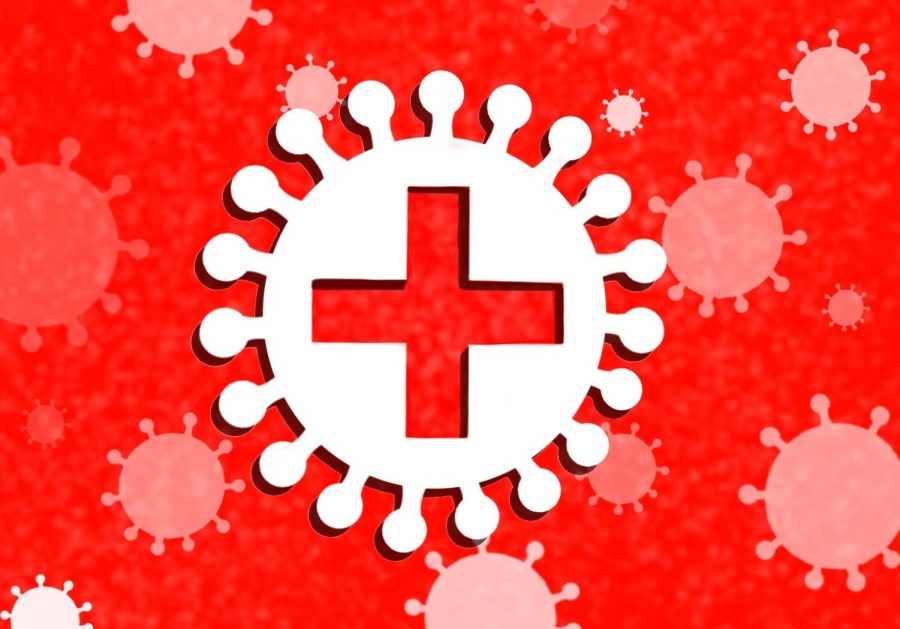 Art by Maggie Klaers. As of 3 p.m. March 13 the Minnesota Department of Health has not recommended cancelling schools. St. Louis Park Public Schools has canceled after school activities, field trips and is reconsidering all large gatherings.

In response to the spread of COVID-19 in Minnesota, state officials addressed the public at 1 p.m. March 13. During the conference, Gov. Tim Walz declared a peacetime state of emergency for Minnesota.

“I’ve just signed Executive Order 20-01 declaring a peacetime state of emergency for the state of Minnesota, dealing with the coordinating of Minnesota strategy to protect Minnesotans from COVID-19,” Walz said.

According to Walz, he is not requiring all schools to be closed, a decision guided by school and health officials.

“These are some of the practical questions we’re needing to work through with our colleagues in education and in contact with school officials directly,” Walz said.

Walz said the medical profesionals he has talked to encouraged him not to cancel schools because of the possible effects on parents of school-aged children — especially those that work in medical fields, since 35% of the nursing staff has school-aged children.

“So when I call the healthcare CEOs, they’re telling me ‘don’t do that, because the implications are on this side.’ So we’re weighing these things as suggestions. We’re weighing them against a set of criteria that is science based,” Walz said.

When asked why the recommendation of social distancing and limiting gatherings of more than 250 people does not apply to schools, Walz responded by saying it’s a unique situation that has no perfect solution.

“I want to go back to the issue around school because we have spent considerable time and I think I am probably as well positioned to talk about this as anybody. I understand when we put out social distancing, as a classroom teacher of 43 kids in a classroom that should have had 20, you cannot social distance in there,” Walz said.

According to Walz, though the state is not calling for the closure of schools, it is recommended that districts start making a plan.

“I would encourage school officials and parents to start thinking in that direction about what would this look like if we do that. We will make this decision and talk in collaboration,” Walz said. “I would encourage Minnesotans who are listening to start preparing for that to start doing what you can do so that we are able to continue to educate our children.”

Walz said in an attempt to limit the 14 confirmed cases in Minnesota, the government has made other several recommendations.

“Now we’re talking about creating a covert emergency fund, removing some of the financial barriers for Minnesotans who need to be tested, expanding the use of paid sick time and providing long term care facilities with more resources,” Walz said.

According to Walz, it’s important for Minnesotans to be careful, not just for themselves, but for those around them who may be in a high-risk community.

“We are asking them, this is not a suggestion to wash your hands, wash your hands so you don’t kill your neighbor who has an underlying thing,” Walz said. “I can’t stress it in so many terms that we need to really start trying our best and trying to strike that balance of allowing society to function.”