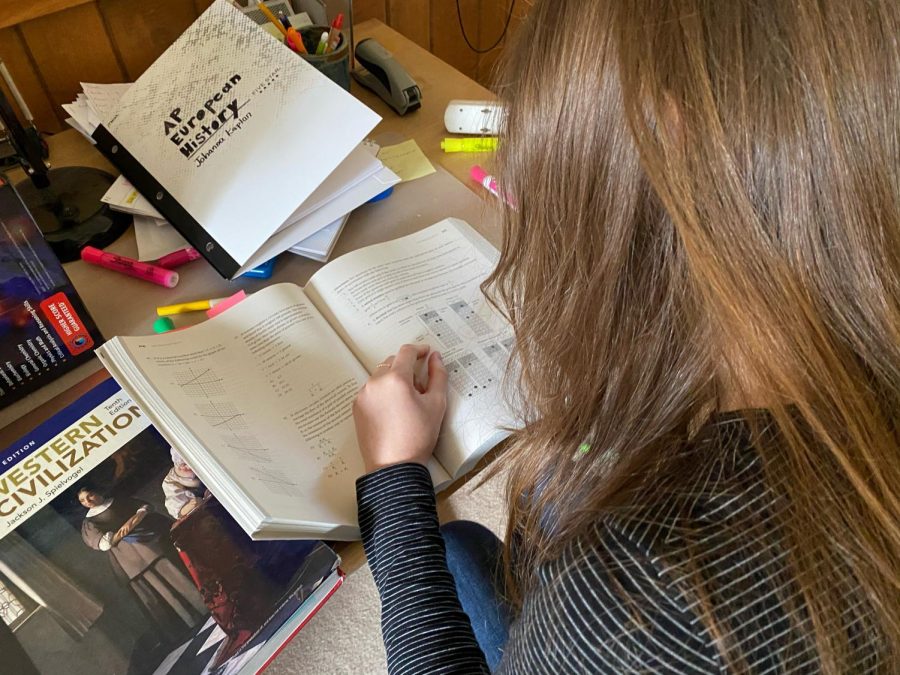 Photo illustration by Gabriel Kaplan. The PSAT has been postponed, presenting students with more time to prepare.

With the School Board decision Sept.19 to postpone hybrid learning, test coordinator Jami Lapray said Park would push back the testing date of the PSAT because of concerns for student and staff health.

“Because of the change that we were not going to come back to school hybrid, it seemed like it would make things difficult for students who wanted to take part, but were concerned about being there when we’re in distance learning,” Lapray said.

The PSAT, a standardized test that can qualify students for scholarships, was originally scheduled for Oct. 14 and has been rescheduled to Jan. 26, According to LaPray.

“I hope (we come back to school), and if we’re not, waiting until January will give us time to plan a way to have the testing even if we’re still in distance testing. I hope we will be back at least as hybrid,” LaPray said.

Although some believe the postponement of the PSAT is beneficial, Junior Andre Barajas said he is negatively affected by the change.

“It kind of affects me postponing it because then I just have to wait more for that,” Barajas said. “Also, it affects me just since it’s postponed, so I can’t take it in October like I was planning on.”

While Barajas is in a way negatively affected by the postponement, junior James Vournakis, feels differently.

“It doesn’t really affect me,” Vournakis said.  “But I could totally see how it could affect other kids. They might have planned out time around the date in October that was going to be helpful for them

Although LaPray is unsure of the learning model Park will be in, she said she believes that it is for the best that the test be postponed until then.

“There will be a lot of kids who won’t take it because they’re afraid of going to school when we’re in a distance situation. So this way, it’ll give everyone peace of mind; students will have more time to prepare. Overall, it’ll just be better for everyone if we wait until January,” LaPray said.

Now with an official date, there needs to be a structured plan for how the test is going to go whether it be online or in person. Barajas said he is skeptical when it comes to the school having a plan for the test. He said he feels as though the school has too much on their hands, making it hard for them to come up with a plan for the PSAT.

“I feel like they’re preoccupied and they’re not really thinking ahead that much because there is a lot to think about right now,” Barajas said. “They don’t have a plan yet on how the test goes, but I feel like they’ll probably try to develop one soon.”