Department of Education draft causes backlash among the Jewish community 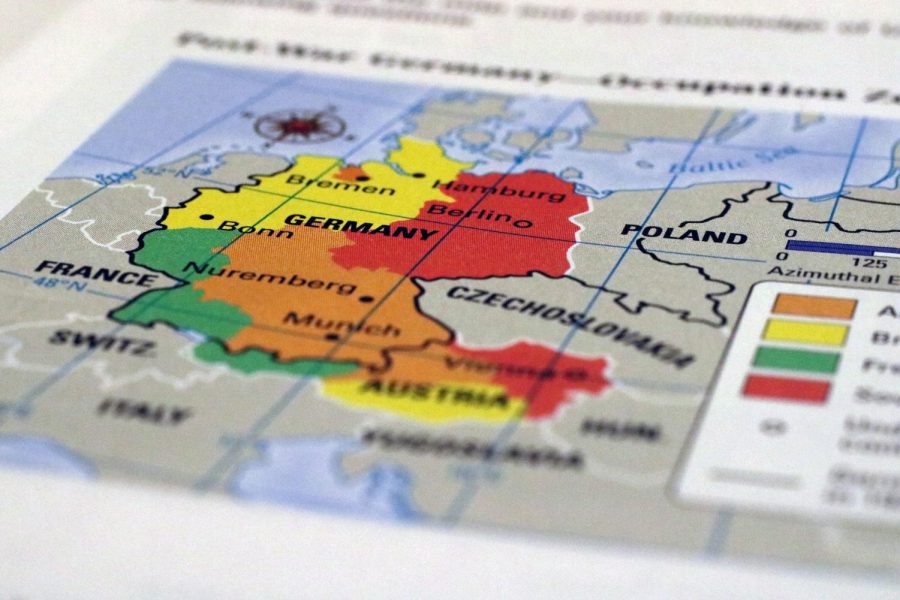 Photo illustration by Jane Pupeza. Holocaust education has been removed from the social studies standards despite disapproval from students and teachers.

In response to the Minnesota Department of Education excluding Holocaust education from the first of three drafts for the new Social Studies standards, junior and co-president of Jewish Student Union Ella Roether said taking out the Holocaust from social studies will harm the next generation of students.

“A big part of Holocaust education is the idea to never forget what happened and don’t let history repeat itself. By removing it from the curriculum, it’s inevitable that people are going to forget that it happened,” Roether said. “A whole generation of kids won’t get taught what happened, which is just awful.”

Director of Holocaust Education for the JCRC (Jewish Community Relations Council) of Minnesota and the Dakotas Laura Zelle stressed the importance of why Holocaust education is needed and how its presence in curriculum impacts more than just the Jewish community.

“At the end of the day, people were hunted across the globe, this wasn’t just one country, this wasn’t just one continent, this was a massive hunt to exterminate the Jewish people,” Zelle said. “There were other victims along the way and those case studies are super important too, from Jehovah Witnesses to homosexuals, to the handicapped. There was a whole program to eliminate people who are deemed non-Aryan.”

According to history teacher Jeff Cohen, the teachers’ focus on Holocaust education is disappearing as it moves further into the past.

“There’s a major shift going on in our society and unfortunately, anti-Semitism, and specifically the whole Holocaust, aren’t on the agenda anymore,” Cohen said. “As we move further and further away from the event itself, it becomes less important. The survivors of the actual Holocaust are dying and becoming less and less of an actual voice, which is nobody’s fault it’s just a tragic reality of life and death.”

Junior and co-vice president of the Jewish Student Union (JSU) Grace Stillman said the lack of education about the Holocaust is a common theme across the country. She said Minnesota must stray from other states and add Holocaust education into the curriculum.

According to Zelle, teachers need to expand their curriculum and take advantage of the vast opportunities to include Holocaust education in their lesson plans.

“This is the most well documented genocide so there are many primary resources. It’s a massive history with many stories and so many angles. There’s plenty of curriculum and resources out there that teachers can look into, the JCRC being one of them,” Zelle said. “We’re trying to make it a little easier for teachers to access resources. Everything we do is free of charge — we try to put things online and there are immersive summer institutes teachers can go to.”

Cohen said the best way to educate high school students about the history of the Holocaust is by giving context and backgrounds as well as having direct conversations about the subject.

“The best way to teach it is to dig in and and start with contextualization on the Holocaust within the context of World War II. It’s helpful to trace anti-Semitism from the start. Reading primary source accounts of the Holocaust — there are many out there very easily accessible to to any teacher wanting to use it,” Cohen said. “Just an open, frank discussion — an exploration of the subject matter. It’s dark and it’s not fun but it’s incredibly important not just for Jewish people, but for any groups that are persecuted.”

Stillman said the anti-Semitism she has observed at Park could be stopped if students could learn about the history behind these offensive and ignorant acts.

“I personally have heard Holocaust jokes and seen swastikas around the school. And I think most hate comes from ignorance and even if it’s not intentional, it’s still hate,” Stillman said. “Learning about the Holocaust and learning about these symbols, what saying these jokes actually mean, will stop them from being said and from being done because you realize the weight of your joke is six million deaths.”