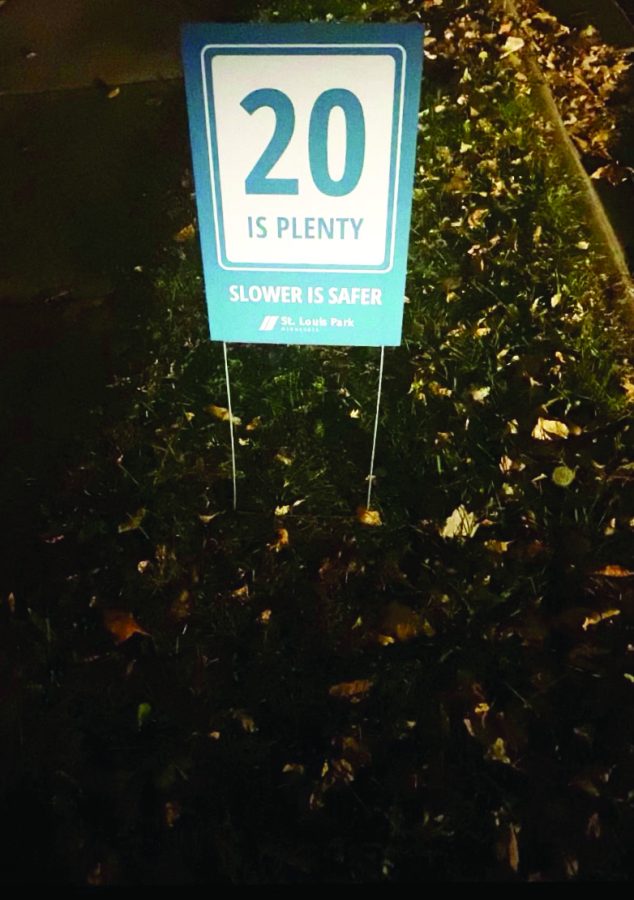 Safety on the streets is a priority for the city council. After public outreach, Park will be making some changes to lower the speed limits of some of its most traveled streets including Cedar Lake Road, Dakota Avenue South and many more. Mayor Jake Spano said that these new, slower speed limits are designed to prioritize the safety of walkers and bikers first, before that of motor vehicles.

“The process was something that was initiated with the (city) council and with the staff to explore ways to make the streets safer,” Spano said. “Somebody who’s on a bicycle may be hit by a car, but the severity of the injuries that result from that would be decreased dramatically.”

The St. Louis Park City Council made the decision to lower residential and select mainstream street speed limits throughout the city back in Jan. 2021. According to Spano, the new speed limits aren’t so much about decreasing the number of crashes and accidents but are more focused on making death and serious injury less likely in those situations. Nonetheless, some students, such as senior Aiden McDonald, aren’t so sure that the new limits will be followed.

“If they set the speed limits lower on a lot of the roads around here, people are just going to go the speed that they used to go and not really care,” McDonald said. “If people follow the speed limits … it’ll overall benefit people in terms of safety and less car accidents and issues.”

Some streets have already had their speed limits lowered but many are yet to come. While not all roads are changing, the city’s slogans for the change are ‘slower is safer’ and ‘20 is plenty’ as most residential streets will be lowered from 25 mph to 20 mph. Spano says that signs can be seen around the city to help spread the news.

However, not all feel that the changes to the speeds around the city are needed.  Senior Shira Hanovich believes it’s unnecessary and won’t be broadly followed.

“It’s a constant that people have a tendency to go anywhere from three to seven miles above any given speed limit,” Hanovich said. “I don’t think anyone’s gonna adhere to it or even notice until it’s too late.”

For a map of which streets throughout Park will be seeing lower speed limits in the coming months, visit this link.