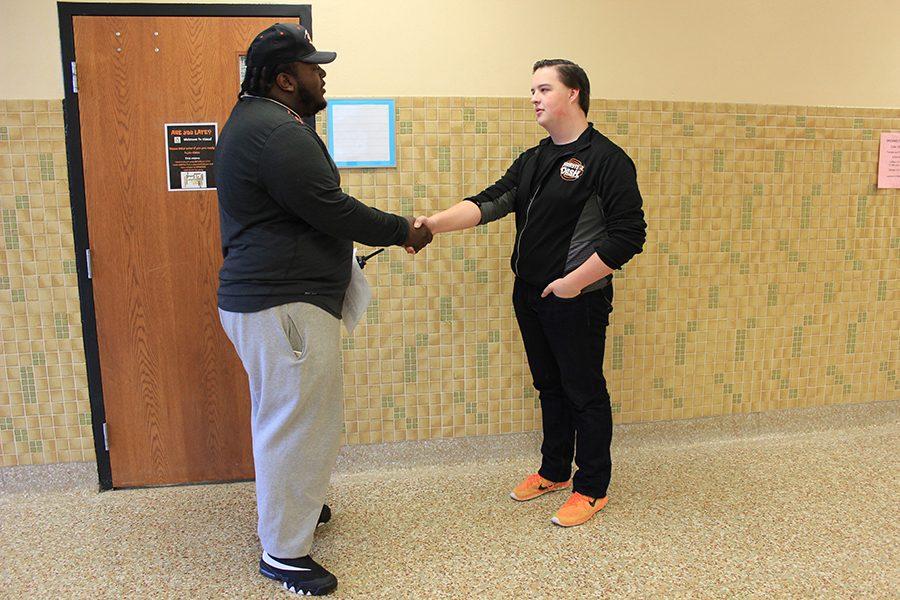 Grade Level Coordinator Rob Griffin talks to sophomore Zachary Blankenburg during classtime as a part of the new attendance policy.

Some students are skeptical about the importance of the new system of attendance in which Grade Level Coordinators check in on students who have one or more unexcused absence.

As Grade Level Coordinators (GLCs) try to reinforce better attendance among students by approaching them during class, an overwhelming majority of the editorial board feel the check ins are more disruptive than beneficial.

In addition to taking away from class time, pulling students out of class is a waste of time as students miss class to be informed about an unexcused absence that they oftentimes are already aware of. 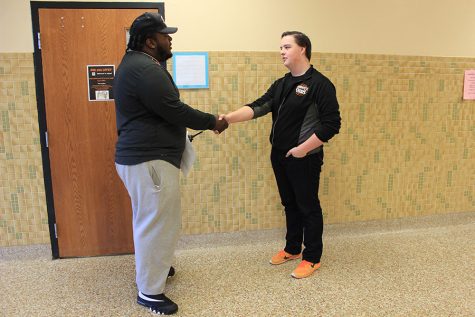 ass in front of their peers by a GLC to discuss attendance remains an uncomfortable situation for both students and the class.

By removing students during class, GLCs are not giving students privacy about their attendance habits, which could be embarrassing for some.

The editorial board unanimously agree it is unnecessary to be approached by a GLC after only one unexcused absence, as a single absence is less likely to present evidence of a persisting attendance issue than recurring absences.

GLCs can be seen in a negative light by students as they enforce discipline and regulate attendance.

Improving the relationship between students and GLCs will encourage students to trust them and help students make a better effort to attend class.

The editorial board feels raising the threshold from checking in with students who have one unexcused absence to those who have three or more will more accurately represent and fix the problems with attendance the GLCs are hoping to solve.

In order to develop stronger relationships between GLCs and students, more GLCs should make a larger effort to get to know students, possibly by observing classes throughout the day, asking students questions and acting as a support system.

Furthermore, the editorial board believes students will develop stronger connections with GLCs if the GLCs move up with an assigned grade level each year for the four years the student attends Park.

The editorial board thinks it would be a beneficial adjustment for GLCs to follow their students throughout high school in order to establish these relationships.

If the GLCs work to be consistent and reliable as well as form personal relationships with students, they are less likely to be isolated from students in their daily life at school.