Lady Gaga returns to her roots

A “Million Reasons” to love her new album “Joanne” 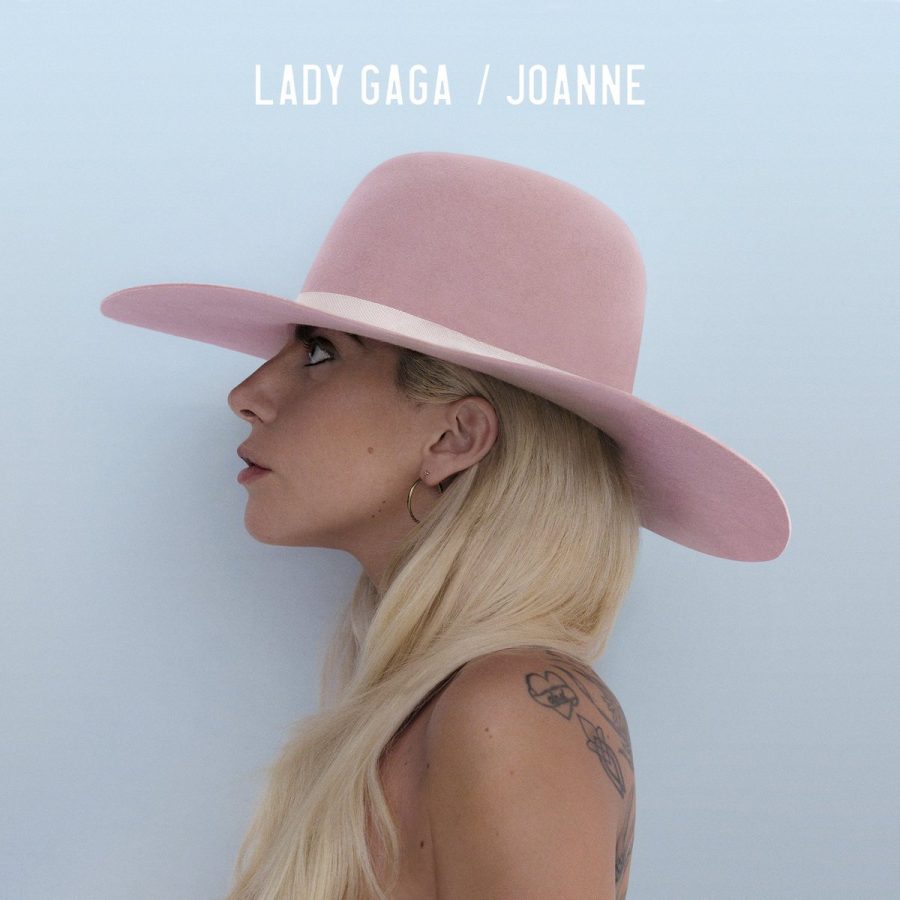 Fair use from Interscope Records

After a three-year break from mainstream music, Lady Gaga returns to her roots on her new album “Joanne.”

When her fourth studio album “ARTPOP” failed to connect with the
general public, Gaga took a temporary break from pop music to explore other projects. She released a jazz album with Tony Bennett, joined the cast of “American Horror Story” and sang the national anthem at the Super Bowl. She won a Golden Globe for her work on “American Horror Story,” and also won an Academy Award for her song “Til it Happens to You.”

Her latest endeavor, “Joanne,” gets its name from Gaga’s late aunt Joanne Germanotta, from whom Gaga received her middle name. Germanotta passed away at the age of 19 from lupus, before Lady Gaga was born, and was a victim of sexual assault.

According to Gaga, the album is about family and friendship, and was written to give her aunt a way to live the life she never lived. The title track’s lyrics refer to Gaga’s family talking to her aunt Germanotta at the time of Germanotta’s passing.

Continuing the streak of her previous albums, Gaga holds a writing credit on every song on “Joanne.” However, this album, helmed by the hands of Lady Gaga, Mark Ronson (Grammy-winning writer of “Uptown Funk”) and producer BloodPop greatly contrasts Gaga’s previous work, shifting from electro-pop and dance music toward a mix of rock and country. Without relying on autotune, contrasting her previous work, Gaga’s raw vocals elevate “Joanne’s” listening experience.

The album consists of a collection of strong and memorable tracks, as well as a few subpar songs. The highlights of the album showcase Ronson’s knack for songwriting, BloodPop’s unique production and Gaga’s incredible vocals.

“Diamond Heart,” the opening track, and “A-YO,” the second track, are two of the strongest songs on the album in terms of melody, production and vocals. Gaga’s rambunctious ode to cowboys, “John Wayne,” is the most similar to her previous work, specifically “Alejandro,” and is another solid track. The beautiful melody of southern-ballad “Million Reasons” and musician shout-outs on Beatle-esque deluxe track “Just Another Day,” makes both songs stand out.

“Joanne’s” subpar tracks include “Sinners Prayer” and deluxe track “Grigio Girls,” which fail to deliver in their choruses.

The album occasionally suffers from poor sound mixing, most evident on lead single “Perfect Illusion,” as well as “Diamond Heart.” This isn’t a major issue, and, for the most part, doesn’t take away from the listening experience.

“Joanne” scores Gaga her fourth Billboard No. 1 album, making her the first woman artist to have four No. 1 albums in this decade, previously tied with Beyoncé and Taylor Swift.

Gaga is expected to tour the album in 2017, and songs from “Joanne” will be featured in her upcoming Super Bowl halftime show.

“Joanne” succeeds at finding Gaga a new sound, and therefore is worth a listen. For those interested in listening to the album, “Joanne” is currently available on iTunes for purchase and on Spotify for streaming.