Minneapolis should not switch to electric government cars

A car parks near the electric car charger at the Goodwill on Hwy 100. The City of Minneapolis is considering changing their official vehicles from gas to electricity powered. 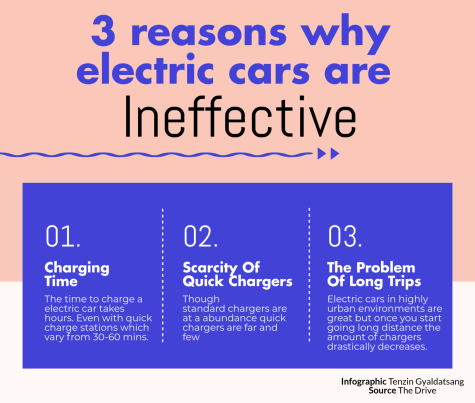 According to the Star Tribune, the city of Minneapolis may be making the change to electric cars in their government fleet. The city believes that having a fleet of electric cars would save money on fuel and maintenance.

According to Plugshare, fast charge stations cut the time to charge an electric car for about 30 minutes, but only two remain in the city of Minneapolis. While there is a bounty of standard charging stations, those charges take around two hours.

Instead of spending money on electric cars, the city should try to focus on schools and infrastructure. Citizens would be happier if the city spent more time on those topics than trying to have a fleet of electric government cars.

Though the idea of electric cars is a good concept, the time is not right. With large highly populated cities pushing these ideas like New York and Los Angeles, Minnesota does not seem like the ideal place in the Midwest to have this because of the size of the city. Highly urban cities may be able to have an effective electric car fleet, but Minneapolis is not one of them.