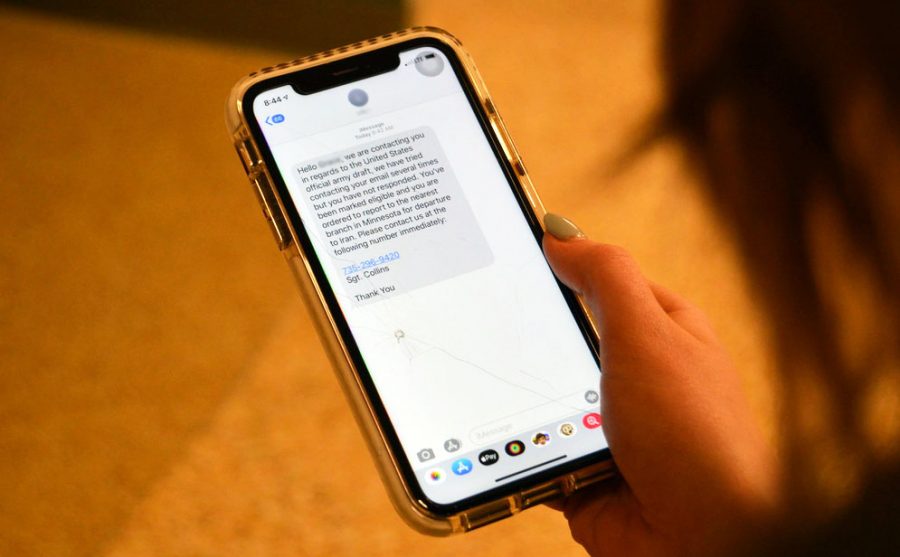 Following the conflicts between the United States and Iran, concerns of a draft have been steadily increasing. Preying on that fear, there have been many reports of “fake draft texts” being sent to misinform people regarding a draft. This demonstrates the lack of knowledge regarding the draft, as people believed the messages in the first place, as well as a misplaced trust in technology.

With many cornerstone documents in the foundation of the United States having their practical applications and interpretations questioned every day, the draft clause in the constitution is no exception.

With the draft having first been employed in 1778 during the Revolutionary War, and last being used in 1973 for the Vietnam War, according to Politico, there is a certain validity to the concerns of how the draft clause applies in today’s world. Taking into account that the first use of the draft was 242 years ago, and the last was 47 years ago, the documents were written in a different time, and therefore one might think that a draft would be approached differently in today’s age.

Even so, it is worth noting that under no circumstances would the United States Army be reaching out to people in the case of a draft. As noted within the United States Army recruiting website, “The decision to enact a draft is not made at or by U.S. Army Recruiting Command. The Selective Service System, a separate agency outside of the Department of Defense, is the organization that manages registration for the Selective Service.” Along with that, in all likelihood, they would not be sending you texts.

According to CBS News, many people, specifically teenagers who were the primary target of the attack, felt scared and anxious following the texts; a perfectly valid response, in my opinion.  According to the article, 18-year-old George Barnes was among those that received the texts. Still being in high school, Barnes was anxious receiving the text, saying “It got me really nervous because I’m still in high school.”

Furthermore, this demonstrates an inherent trust in our technology — the default thinking being that if it shows up on a device it must be true.  This generates an exploitable backdoor into people’s minds, a backdoor that can be used to alter people’s perceptions of events and skew the facts into fiction. Too often do we find ourselves critiquing what we read on paper, and too few times do we critique what we are being unknowingly force-fed through social media.

By limiting our exposure to social media, or even just taking a second to ask ourselves if there is a possibility something could be fake, we greatly diminish the effectiveness of these targeted attacks.  Additionally, in the case of the United States Army supposedly recruiting people by text, by simply educating those who are more susceptible, we can severely limit the attacks.