Rape culture must be changed 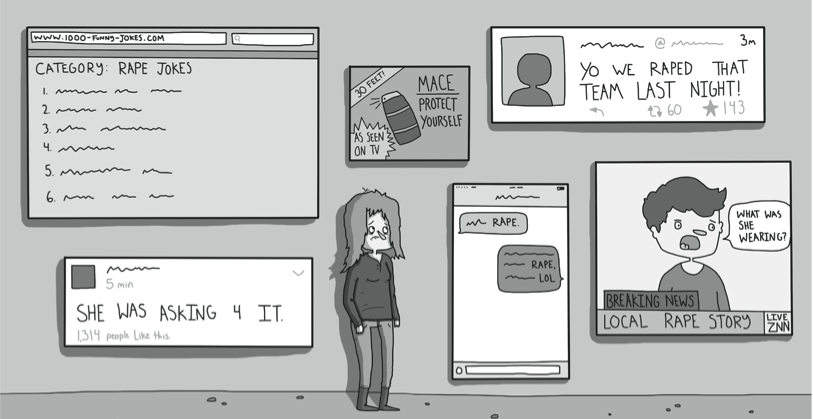 The idea sexual assault can be used for a joke, while prevalent in society, is totally unacceptable.

A common misconception is rape culture affects only women, which is not the case. A recent study Center for Disease Control and Prevention (CDC) concluded 7 percent of men will suffer from rape in their lives.

Additionally 19.3 percent of women in the United States will be victims of rape according to the CDC.

While rape is an undeniable fact in our society, the stigma associated with rape cannot be ignored. Demonstrated through the high proportion of rapes that go unreported, media victim shaming and public questions may be at the root of this problem.

This may stem from the idea victims are responsible to protect themselves from sexual assault rather than the attacker’s fault.

This concept is reinforced when society questions rape victims, asking what they were wearing or if they were intoxicated, rather than accepting what they say at face value. While the relevant legal authorities have a duty to gain a full understanding of any reported crime, others are in no position to ask these questions.

Rape culture does not only  deal with the action of rape, but also the normalization of rape through the media and language use as well.

Saying phrases and seeing images that trivialize rape and its effects are all major factors in rape culture. Many such ideas have devolved into common opinion, some don’t realize the gravity of what this does. This perpetuates the notion that sexual assault is less impactful than it truly is.

In order to diminish the impact of rape culture, students can educate themselves and insist on using  language that does not perpetuate the existence of rape culture. While it is difficult to eliminate rape, the normalization of it is unacceptable.