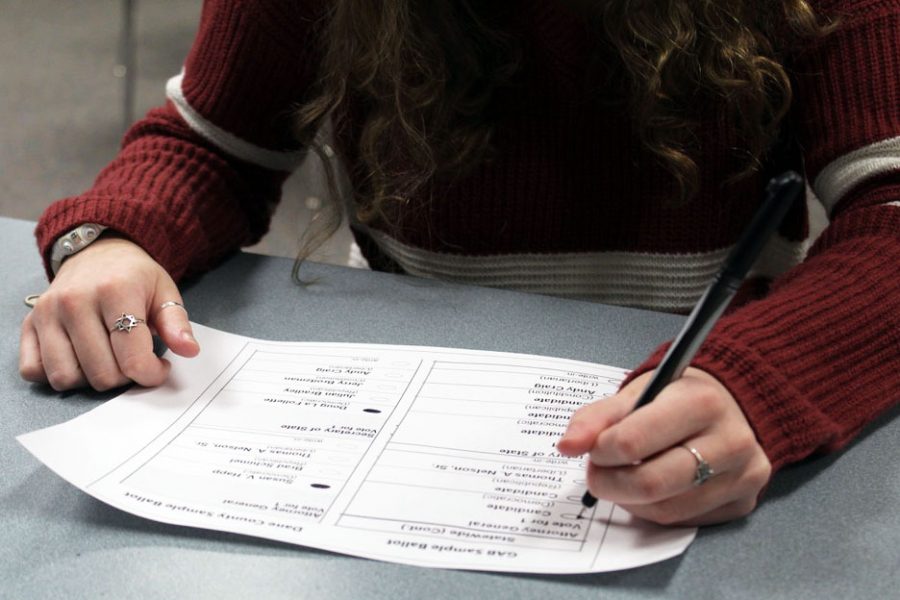 Photo Illustration by Emily Ziessman. The Iowa Caucus Feb. 3 failed to announce a winner for several days and was riddled with technical and human errors.

In light of the Iowa Caucus controversy — where nearly everything went wrong — changes must be made to the overall nominating process for the Democratic Party.

The Caucus Feb. 3 initially planned to announce a winner by evening, but issues arose surrounding the use of a relatively new and untested app, incorrect vote counts and flawed back up procedures, according to the New York Times. Although the state party announced mayor Pete Buttigieg as the official winner with senator Bernie Sanders in a close second, according to NBC, many have already begun to question the validity of the results including the candidates themselves. Notable individuals including Bernie Sanders and Democratic National Party chairman Tom Perez have already requested a recanvassing of the state.

The uncertainty surrounding the state’s true winner is likely the largest repercussion of the whole debacle. The caucuses and larger nominating process serve to refine the Democrat’s choice of who to take on the president, not confuse the party.

In addition, the potentially inaccurate results have given Buttigieg an unfair advantage in the larger race. Iowa sends a mere 41 delegates to the Democrat’s national convention, a tiny share of the nearly 5,000 individuals involved in selecting the party’s nominee. For this reason, Iowa is most important for giving its winner attention and momentum. Although he may not be the winner after recanvassing, Buttigieg has certainly won this round due to the many hours of airtime he has gotten out of it.

Although it may be beneficial in the future to transition toward a more technologically advanced system, Iowa’s use of an app to recount local caucus results to state officials was likely premature. Other states, including Minnesota, should stick to time-tested methods such as calling in results. Although these processes may not be as efficient or fashionable, they work.

The Echo Editorial Board believes the Democratic Party should reconsider its calendar for the nominating process. There is no reason for Iowa to go first. It’s rural, small, white and relatively old — all features that poorly represent the party as a whole. It gives these demographics a disproportionate role in choosing the eventual nominee as it allows them to make their voices heard first.

For the most part, students cannot do much to fix the nominating process, however, we believe students must stay informed on the issues that have plagued Iowa. Students who will be 18 by the general election in November will be eligible to vote and therefore should pay close attention to the candidates.

In addition, students who will be old enough should register to vote. There will be several times to do so through the high school such as at this month’s upcoming advisory where forms will be handed out during junior advisory and seniors will have access to a voter registration booth.

New Hampshire is up next in the nomination process, holding a primary Feb. 11.