Impact and scheduling issues for students 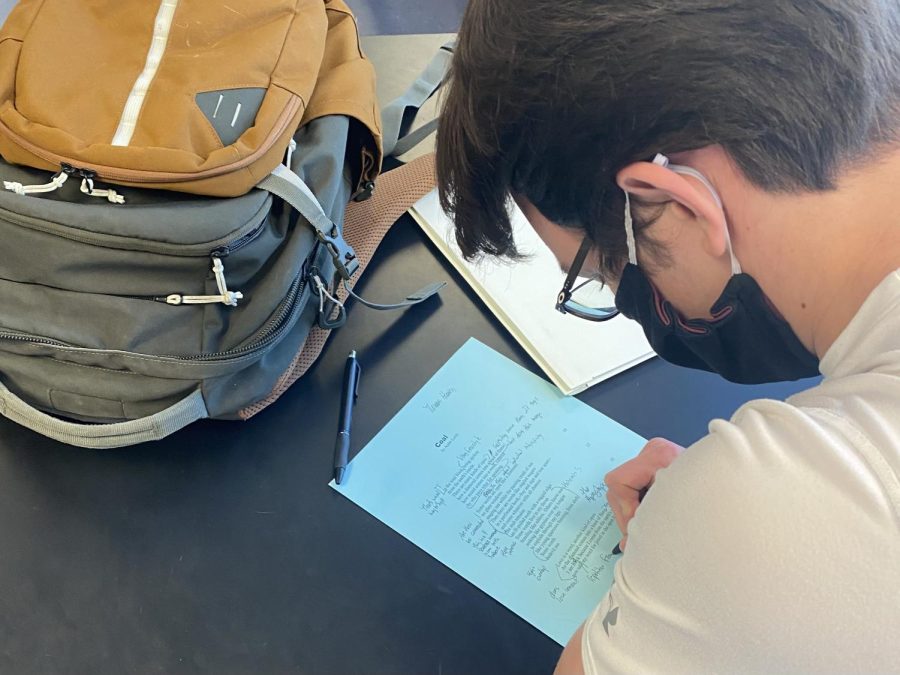 Photo illustration by Lauren Thon Senior Thomas Hanson finishes his work in preparation for the end of the semester. Park is planning to not hold block days for finals.

With the fast approaching end of semester, students are preparing for their final exams. Although the Echo Editorial Board believes that finals are generally unhelpful in preparing students for finals exams in the future, we believe that they should still be held with modifications.

While an end of the semester final is usually expected, large tests and projects are not consistent in every class. Some classes, particularly AP ones, typically just take practice AP tests that have no grade impact, while other classes have long exams encapsulating a whole semester’s worth of knowledge.These finals that do impact grades can be detrimental if a student does not perform well on that day. The Echo Editorial Board believes that leaving finals up to individual teacher discretion is beneficial, since every class is different, but that finals should not be the sole determining factor toward students’ grades.

For students that may not be good test takers, a large one day test is stressful, and may not produce the results a student wants. Instead, one solution could be to have project-based finals that are due at the end of the semester, allowing students to receive feedback as they work. Instead of having just one day where students are expected to know everything, projects give time for complete understanding and creative engagement. Or teachers could have other types of work, perhaps as extra credit, that could help boost a grade if a final doesn’t go well. That way, students are not under intense pressure on a make-or-break test. Overall, the Board believes that by changing the finals formats and making sure finals do not completely determine grades, finals will be far more valuable.

In addition this year, finals will be held as a normal seven period day instead of block day scheduling. The Board believes this may create issues for students. Firstly, having less classes in a day reduces the amount of focus needed, as there are less transitions and less work. With a seven period day, students need to focus on every single one of their classes, which in an unfortunate situation, could lead to seven finals in one day. Furthermore, in previous years, the second day of finals has been an early release, leaving approximately two hours at the end of the day. This time was used for students to finish up any late or missing work in classes, which can dramatically help a student’s grade. Without block days, this is no longer an option. For students with testing accommodations, the block scheduling allowed for longer class periods so students could finish work all in one class. Now, with normal class periods, tests may not be able to be taken in one sitting. Even worse, they could be crammed into a period, meaning students would be rushing to finish. The Board believes that in the past, the block day schedule has proved advantageous and should continue to be used.

No matter what the scheduling is, the Echo Editorial Board believes that students should advocate for their needs regarding tests and communicate proactively with teachers about any conflicts.