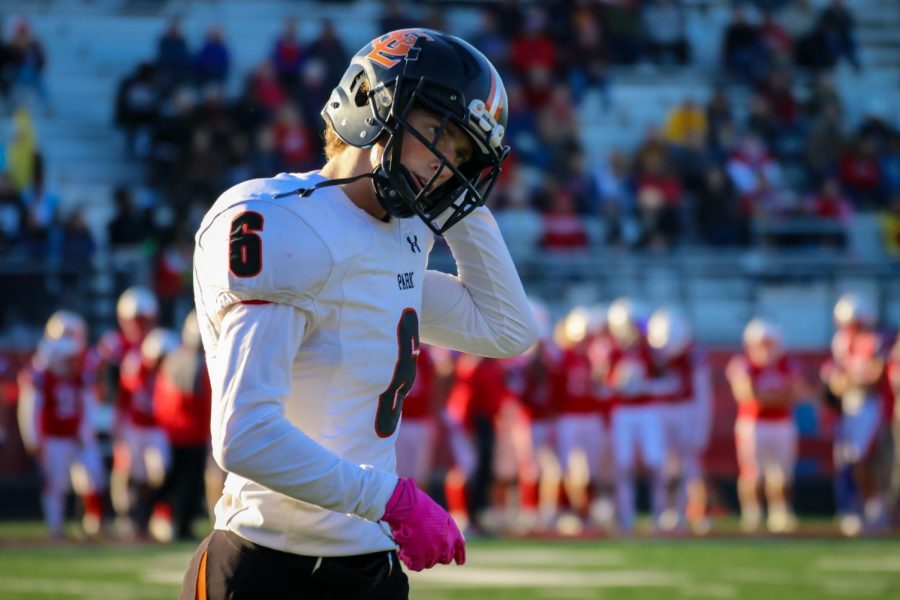 Junior Stephano Giovanelli lead the park football team in touchdowns during the 2021 season. Giovanelli averaged 27.9 yards per reception and had a total of 614 yards during the season.

The Star Tribune gives special shoutouts to athletes who go above and beyond in their performance. These awards are given to athletes weekly and annually as a way of honoring their skill and ambition. Junior Stefano Giovannelli was named Metro Player of the Week Oct. 18th. After the nomination, Giovannelli felt honored to be chosen for player of the week.

“It was a huge honor. My coach told me he was nominating me for player of the week, and I had heard of the Star Tribune before, but never the Metro Player part of it,” Giovannelli said. “It felt really good to hear about it. I put in a lot of work this off season, so it was nice to be acknowledged for my success.”

According to strength adviser Jessica Gust, Giovannelli stuck out to her as an athlete, as he is hardworking and a really good team player.

“(Stefano) is a great teammate. He is kind and empathetic. He always goes out of his way to make sure people feel included,” Gust said. “He fully embraces that things are going to be hard, but he knows that’s where the progress is.”

The Star Tribune started Metro Player awards in 1987. Since then, a handful of Minnesota high school athletes have gotten this special title. Giovannelli said he has spent a lot of free time training in order to stay on top of his game, and to be awarded this unique acknowledgement.

“I spend most mornings in the weight room as well as playing baseball and basketball, which has helped keep me in shape. I try to always stay surrounded by sports, always working as hard as I can,” Giovannelli said. “This was definitely a good check point that showed I was moving in the right direction. It was also a sign for me that there was a lot of work to be made.”