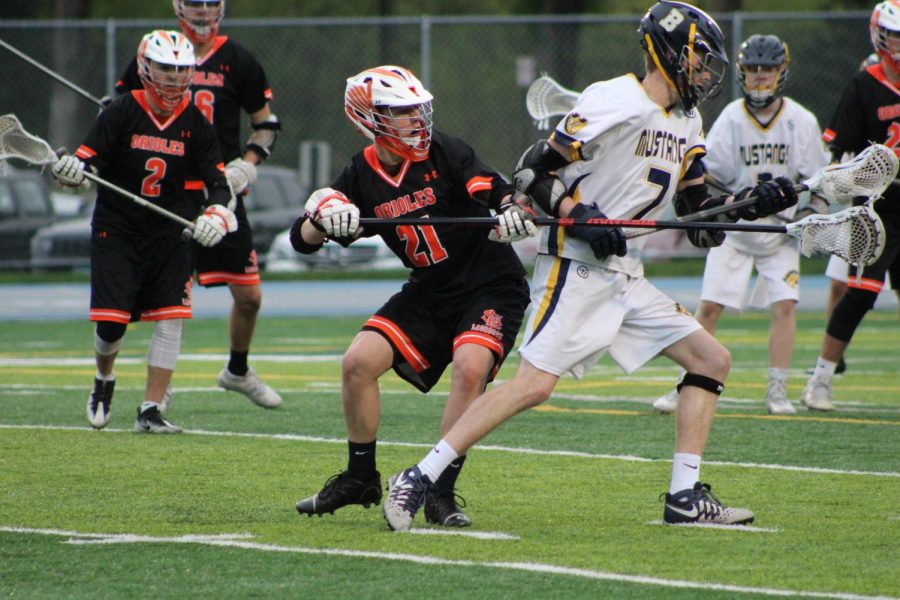 According to Varsity coach Tim Goh, the team’s 8-5 first win reflected their talent, which the team hopes to use throughout the rest of the season.

“I thought this game went really well. We finally turned the corner and played with a lot of patience and the defense played very disciplined,” Goh said. “Overall, they worked together as a team and took their opportunities when they had the chance.”

“We quit playing selfish, we played more as a team and we were talking to each other and had each others backs,” McKee said.

Goh said the players fit their skill sets together in order to ultimately get their first win of the season.

“The team really came together, they clicked, they played unselfishly and played together as a team and were in it for the overall goal of winning,” Goh said. 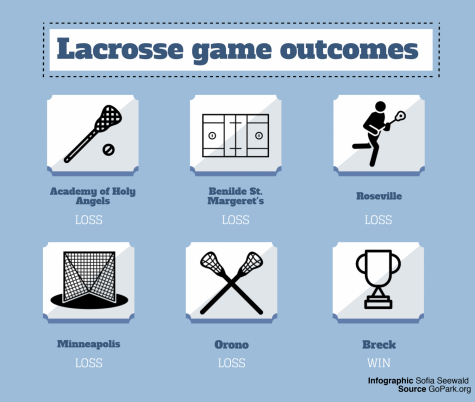 According to McKee, the coaches positivity played a big role in the team’s success.

“The coaches got us ramped up. They had our side and knew we were having trouble in this moment, with losing all of our games so far,” McKee said. “They had our backs and believed in us and built us up to this point.”

Junior goalie Noah Houser said the team approached the game with a new mindset, which contributed to their win.

“We work on our attitude, our focus. This game was definitely an uprising, and I think we’re going to bounce back,” Houser said. “There was a lot of effort, heart and spirit.”

According to Goh, the team had strong and cooperative offense, while its defense defeated Breck’s offensive moves.

“Offense worked together really well, moved the ball and took good shots when they needed to. Defense also worked together as a unit, and they shut down offensive threats,” Goh said.

Goh said this win will hopefully put the team in a more positive mindset looking forward to the second half of the season.

“This was our first win of the season, and it was a win that everybody earned and was long overdue, so I think this game was huge for the morale of the team,” Goh said.

According to Houser, winning this game gave the team more energy and motivation to play their best in the future.

“This was a turning point and I think we’re going to be able to progress from here,” Houser said.

Boys’ lacrosse has their next game 7:00 p.m. May 15 at St. Louis Park High School stadium against Chanhassen.