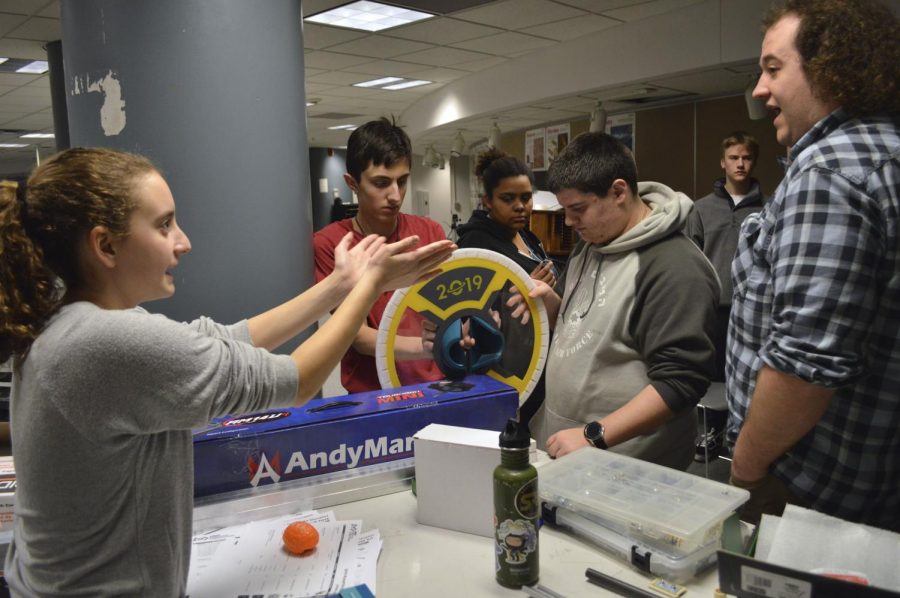 Sophomore robotics member Julia Salita discusses different ways to assemble materials with her fellow team members during a meeting Jan. 7. According to captain Anthony David, the robot has to be finished by Feb. 19 in order to compete in the Destination: Deep Space challenge.

As senior robotics captain Anthony David reflected on the season kickoff, he said the event had positive energy as students and advisers awaited the much anticipated release of competition details.

“Everyone was pretty excited. It’s always interesting to see what they come up with every year because it is always different. We knew the name (of the challenge) ahead of time, and they release a little teaser video, but that doesn’t tell us much,” David said.

According to robotics adviser Trevor Paulsen, every January the team attends the worldwide season kick off, which includes the details of the competition.

“Every year, usually the first Saturday in January, there is the kickoff for the robotics competition season,” Paulsen said. “The video is broadcasted worldwide at the exact same time, so every team gets to find out what the competition is and the details around it at the same time.”

Paulsen said the challenge this year is called “Deep Space,” and the team will have to transport cargo to get points.

“(The competition this year) is a space-themed game where we have to deliver what are essentially orange kickballs, which are called cargo. There are plastic discs called hatch panels that you have to put on to hold the cargo in,” Paulsen said. “We have to deliver the cargo to a cargo ship and two rockets.”

David said he is excited for this season because he is optimistic about designing and building a very different and more complex robot than those from previous years.

“I am looking forward to this season because we are changing it up from the last two years. The last two years we had the same kind of drive base, and this year we are completely redoing that,” David said. “We might be going a little bit out of our depth. We usually like to keep it simple, but I think the challenge will be good this season.”

According to Paulsen, the challenge this year will push the team to design new elements and contraptions they have never used before.

“This challenge introduces a couple different things than we have seen in the past. The biggest challenge will be figuring out how to grab and move the balls and discs into their proper places,” Paulsen said. “The way the team decided to do that is to try to create some sort of a scissor lift. We have never done that so it is a new idea that we are working on, hopefully it will work.” 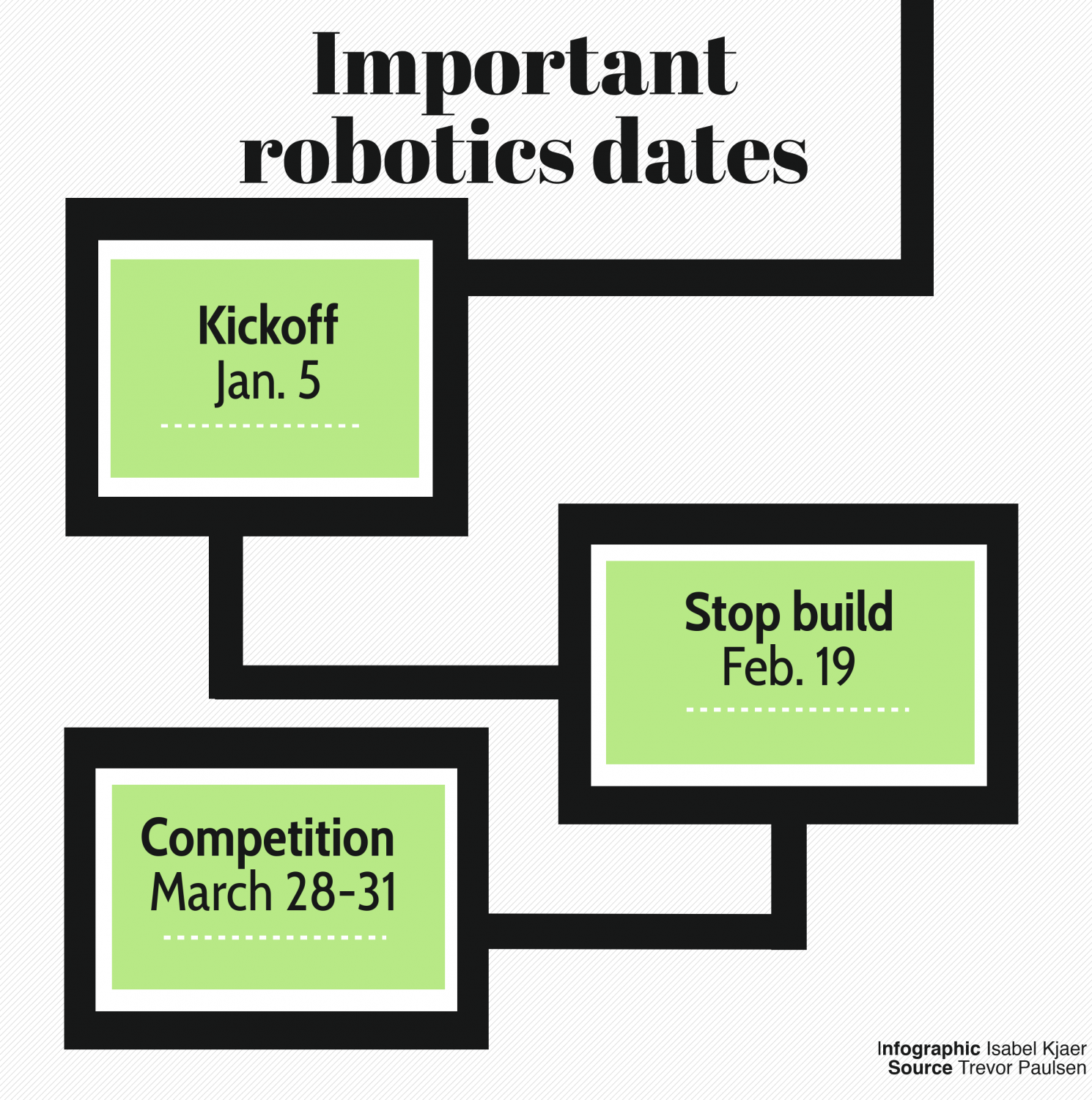 Paulsen said the most difficult part of this year’s challenge will be designing a robot that does the majority of the necessary tasks and prioritizing the various skills.

According to junior Cory Kleve, robotics provides an opportunity to acquire knowledge that potentially could be useful in the future.

“It’s a good learning experience to get to know this kind of stuff,” Kleve said.

David said the team has a limited amount of time to complete their complicated robot for competition.

“From Saturday, we have about six weeks to finish the robot. We have to have the robot in a sealed bag on Feb. 19, and then we can’t touch it until the competition,” David said.

Kleve, who attended his first meeting Jan. 7, said he considered becoming a member of the team for a significant amount of time.

“I was thinking about (joining robotics) the last couple years and then (it) just finally worked out,” Kleve said. “(I look forward to) getting to know more equipment and designing stuff.”

According to David, students can still join the team, even though the competition season has already begun.

“If kids still want to join, it’s not the worst time to join. Now we are actually doing stuff, we have a set of dates that we have to meet and we know what we are going to do so we can actually start doing it now,” David said.

According to David,  robotics will be meeting every Monday through Thursday and some weekends until the middle of February.