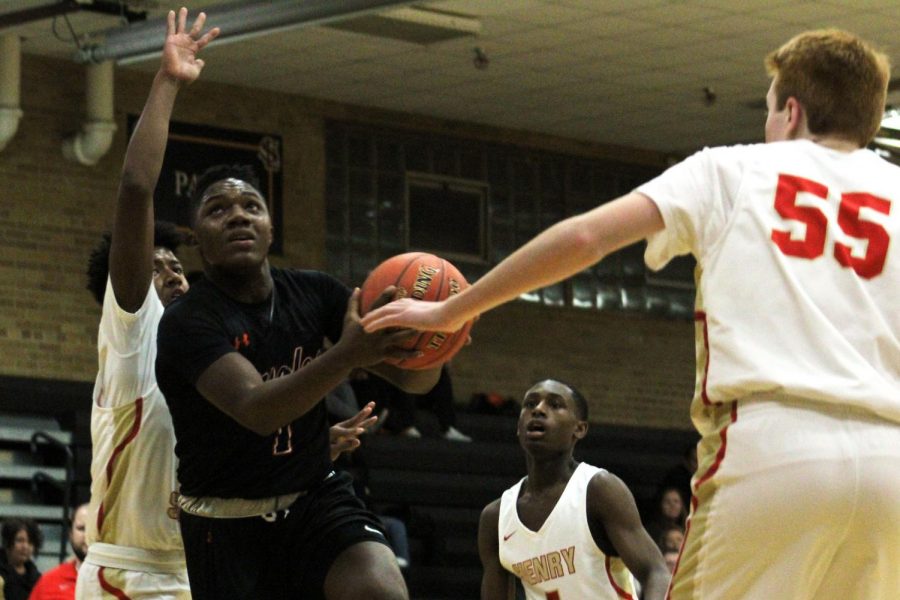 Sophomore Deontez Ross Jr. goes up for a layup Dec. 10. The record of the boys' basketball team is 0-3.

As Dec. 12 approaches and the team practices for its game against Hopkins, coach Rob Griffin said the players will be focusing on improving the skills of each player and controlling the ball.

“We need to be getting everybody comfortable with having to be a ball handler because we have so many interchangeable guys,” Griffin said, ”We need to figure out our bench rotation.”

Senior Cole Ewald said Hopkins has always been a well-versed team in the past, but they have lost a lot of key players.

“(Hopkins) has a lot of great players on its team, but they don’t have the size they usually have,” Ewald said. “They lost their best player last year.”

Considering Hopkins has been a dominant team in games prior, junior Ethan Schmitz said Park will play its hardest, despite the difficult opponent.

“We can assume that (Hopkins) will be good. We’ll go ahead and play our best,” Schmitz said.

Griffin said the team will be focusing on constant ball movement instead of domination in the post position near the basket.

“Hopkins is missing a post presence this year, so it’s gonna really come down to transition buckets,” Griffin said. “Just trying to make sure that we don’t give up easy points.”

For the team to win, Ewald said they will have to focus on not only their game performance, but also their mindset.

“(Hopkins is) obviously a great team, one of the best in the state,” Ewald said. “We need to step up our defense and overall stay calm to win.” 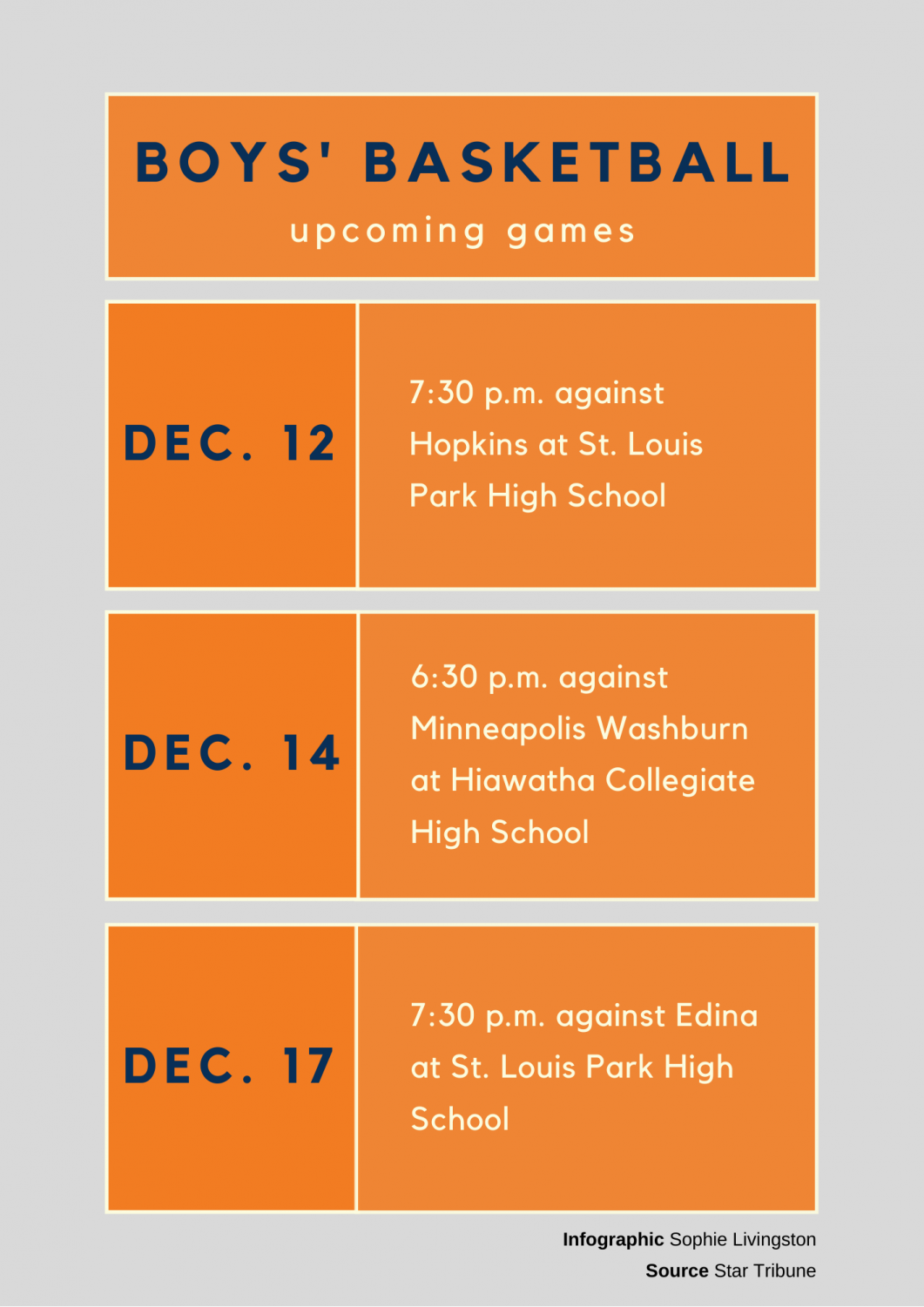