German club bakes up a storm 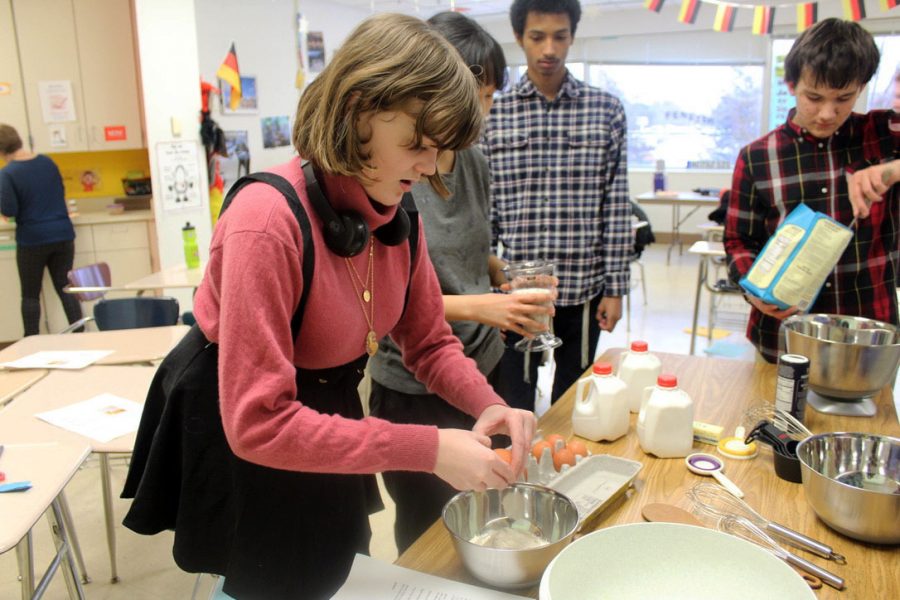 “I enjoyed hanging out with my friends after we were done and we cleaned up, we talked for a little while and being able to make something with them was really nice. I also learned how to make apple pancakes, the German way,” Hyland said.

German club advisor Shari Fox said she chose to make German apple pancakes with members to provide some warmth during the cold winter.

“It was just because the weather is awful and it’s a nice, warm fun treat to make and it’s something you can actually do in a classroom too. It’s not too hard to make,” Fox said.

Fox said this meeting can serve as an experience for students to learn more about the German culture and be familiar with the language.

“(To) teach a cultural thing, but also practice German (and) give them some things they can use in their life too. That’s always a part of learning about languages and cultures,” Fox said.

Junior Jamie Enright said she enjoyed making German apple pancakes with her friends and being able to destress after school.

“It’s fun and you get to hang out with your friends and do something. It was just nice and relaxing and not stressful at all,” Enright said. 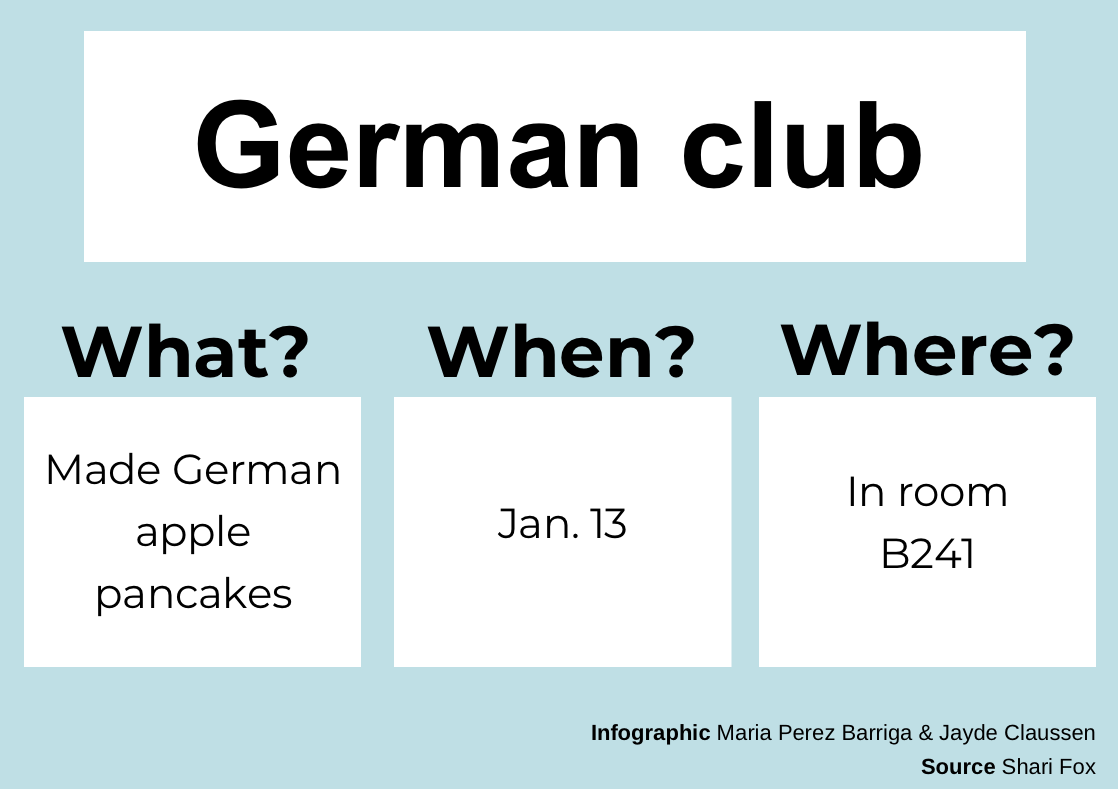 Fox said being able to bake and eat food from another country with friends is a way to help enhance life.

“You make a get together out of pulling those items together, getting together with your friends, making it, enjoying how it tastes different than what you’re used to,” Fox said. “It’s all a way to enrich your life.”

According to Fox, she hopes to make desserts with her German club students in the future.

“If we can find a couple of stoves that work in the kitchen we’ll probably make a dessert next time, like berry dessert that you can put on top of ice cream,” Fox said.

The next meeting will be held in February. For more information, you can visit Shari Fox in room B241.