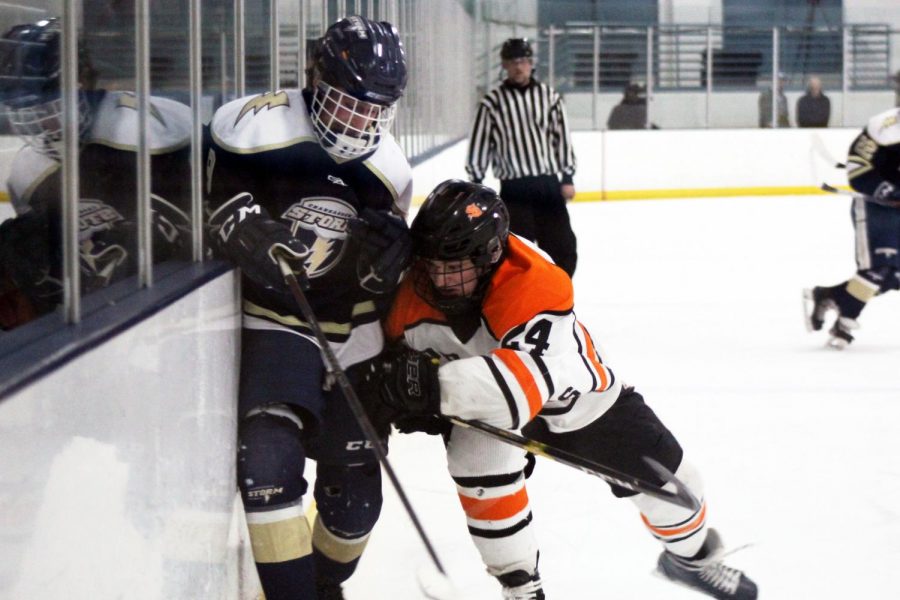 In the first two periods of the matchup against Chanhassen Feb. 6, Park boys’ hockey faced a tight battle, but after hitting the ice at the start of the third period, the team racked up a four-point lead.

According to junior Drew Boyum, even after a rough beginning to the game, a shift in the team’s intensity accounted for the third-period comeback.

“We were off to a slow start, they were dominating most of the game. Then we got our legs, went in and finally stepped up,” Boyum said.

Junior McCabe Dvorak said the team made a conscious shift in their mentality during the intermission after the second period.

“We just knew we are the better team and knew we needed to work hard and we would get the job done,” Dvorak said.

According to head coach Andrew Sackrison, the players began to spend more time in the penalty box when their attention strayed from the basics of the game.

“We just had to get back to the focus, playing hockey. When we were actually doing the little things right, moving our feet, winning battles, good things were happening,” Sackrison said. “(When the players get) frustrated and start taking penalties, we get off our game, get off our focus.”

“On the penalty kill we changed the momentum and gave them it, so definitely stay out of the box,” Boyum said.

Sackrison said the team will continue to build on their composure during games.

“If we get frustrated, we get off our game a bit and that leads to penalties. I think when our focus is on hockey we’re just fine,” Sackrison said. “It’s just something that we had to improve on and start being more consistent with.”

Park boys’ hockey will play its next game against Bloomington Kennedy 3 p.m. Feb. 8 at the Rec Center.