Girls’ basketball pulls out a win after tight game 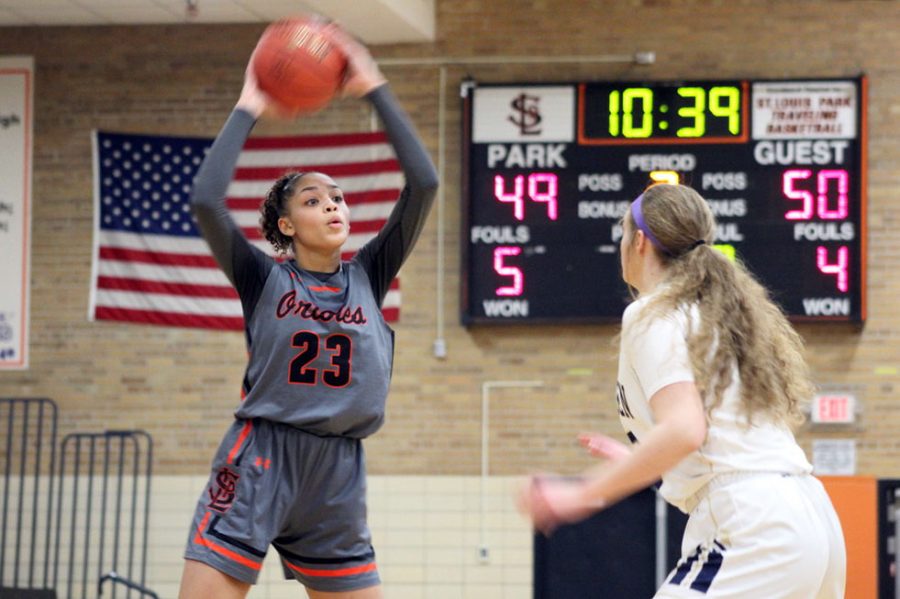 After a close first half and some reinforcement from the coaches, senior and captain Shayla Miller said Park girls’ basketball stepped up and was able to win against Chanhassen Jan. 30 for the second time this season.

According to coach Chris Nordstrom, competing in challenging games helps the team improve.

“It was a tough battle, so it was good to see our girls have to play tough and make some plays down the stretch,” Nordstrom said. “(Chanhassen) came ready to play, so it’s good for us to be in close games and have to finish out.”

Junior I’sis Brown said junior Kendall Coley was a standout player in the game and put up a fight.

“She’s mainly a shooter, she doesn’t drive. She was driving a lot, putting up above, shooting her threes, just putting in the work,” Brown said.

“We beat them by a lot the first time we played them, so I think we came in a little bit overconfident in this game,” Miller said. “They made every shot today, which wasn’t the case in the first game, so I think we really toughed it out and played well as a team toward the end, which allowed us to get the win.”

Brown said she was happy with the win in the end but doesn’t think the team gave it its all.

“It felt good but it could have felt better if we would have played well the entire game. We won by 30 the last time we played them,” Brown said. “We’ve taken the dub against them before so we knew we could do it again.”

To prepare for this game, Nordstrom said the team focused on both offense and defense techniques during practice.

“We always watch a little film, work on some practice defense and some different sets offensively,” Nordstrom said.