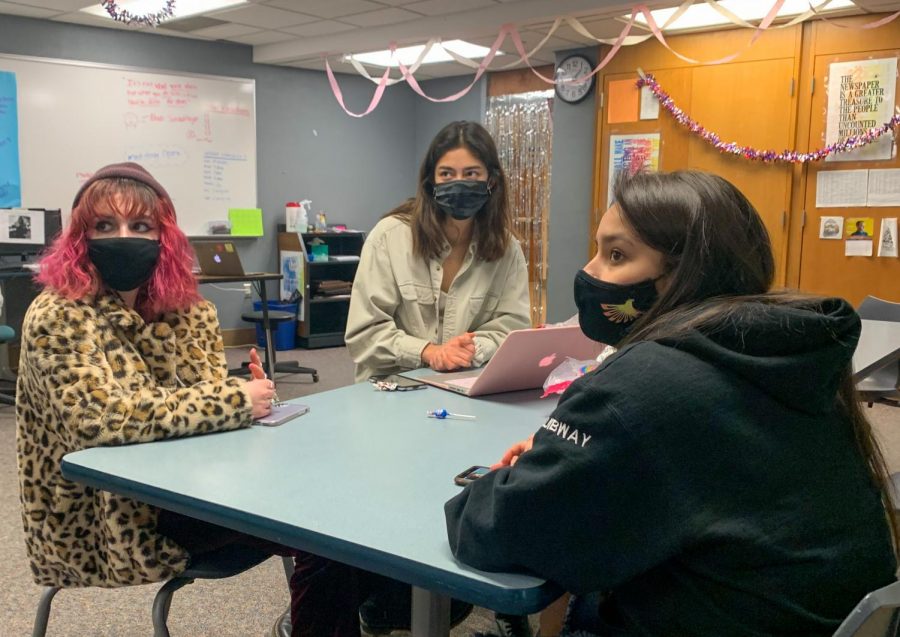 For the sixth time in the last seven years, Park was awarded the First Amendment Press Freedom Award. This award focuses on press and speech freedoms in schools. According to Echo adviser Lori Keekley, only 14 schools in the nation are chosen for the award.

“I’m very proud of you guys all the time, the students have the final say. It’s student-run. I’ve given my input but it really is student-run,” Keekley said.

According to Echo editor-in-chief and senior Talia Lissauer, there were two rounds of the application process, the first round included an editor and advisor and the second included two editors, two advisors, and administrators to fill out a form.

“I think it’s really important that students have press freedom,” Lissauer said. “I hope more and more schools over time will be able to apply for this award.”

According to senior and Echowan editor-in-chief Anna Jensen, she helped by filling out forms for the yearbook to win the award. She filled out a form for the final round about yearbook publication and how it interacts with the publication of the school.

“I was so happy and glad obviously, I didn’t really know about the award before,” Jensen said. “(While) working on the yearbook on publication I hadn’t really thought about freedom of speech and having anything changed by someone higher up in the school which is obviously a real privilege.”

Keekley said getting the award is a testament to Park’s welcoming atmosphere to the First Amendment.

“It’s always an honor to get (First Amendment Press Freedom Award); it really shows the importance of how the school embraces the First Amendment and student rights,” Keekley said.

Lissauer said she appreciates attending a school that allows students to have a final say in their content.

“It’s nice to go to a school that has a newspaper and yearbook that is allowed to cover what (what we want) to cover because it’s helping to set myself up for success in the future,” Lissauer said.