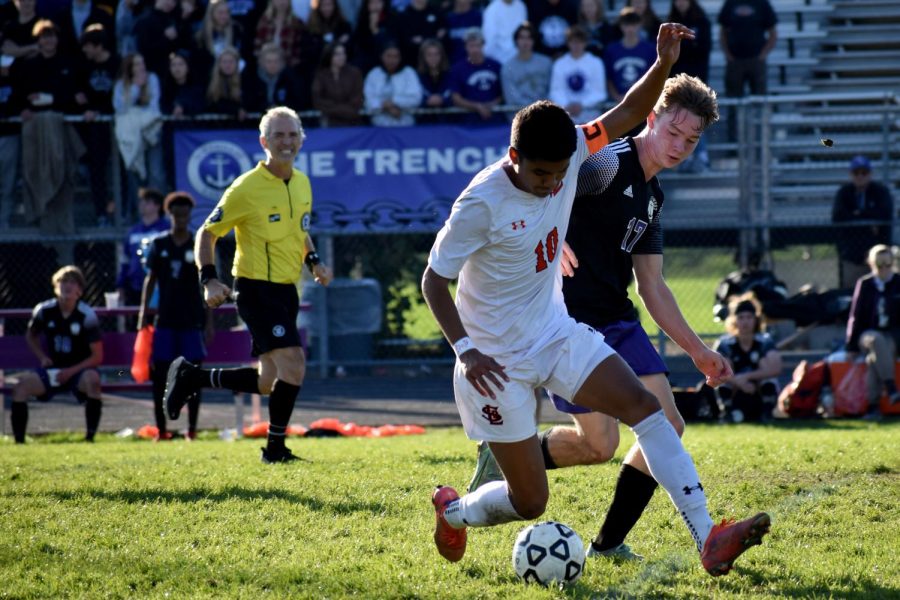 With the season on the line, the boys’ soccer team was set to match up against the No. 1 team in the section. Going into the game against Minneapolis Southwest Oct. 16, assistant coach Pat Hartman said the team felt confident.

“We were confident, we had a good shot but we also knew that it would be a really tough match,” Hartman said. “We came in confident, hoping for a good result.”

According to senior captain Nick Kent, the team knew going into the game it would be difficult because of Southwest’s grass field.

“(We knew) it would be a tough game for us mainly because of how bad their field is, and we weren’t able to connect as many passes and play the way that we like to,” Kent said.

Hartman said he empathizes with the team’s frustration of losing its last match as it was not able to secure the win, falling 2-0.

“It’s always tough, pretty much every team in the state loses their last match, it’s tough seeing the seniors go into the year and just be done with the season,” Hartman said.

Senior captain Bennett Kouame said although he is sad his time playing for Park has come to an end, he is proud of the younger players’ growth and is excited to see what they have in store for the future.

“It was good to see a lot of the younger guys grow as players and as people too,” Kouame said. “They have a good, bright future ahead of them.”

Hartman said he is grateful to work with the boys and happy how the season went this year.

“We had a really nice season, the guys were really competitive and they played really hard,” Hartman said. “They are really amazing kids to work with.”

Kent said overall the season was positive and he was proud of what the team had accomplished during this time.

“It was one of the most fun seasons I have had over my four years at SLP. We had a couple tough times throughout the season, but overall I thought we had a good season and competed well,” Kent said. “I’m extremely proud of our team and I can’t wait to see what they accomplish in the future.”