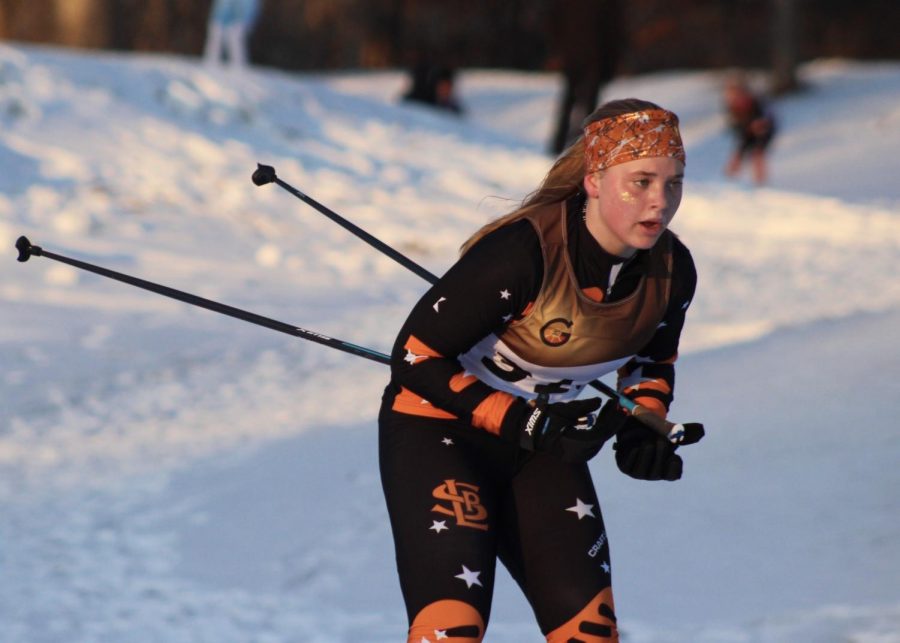 When senior Victoria Schmelzle found out she had won the Athena award, she was proud of herself because her hard work paid off.

Every year, a high school student athlete is presented with the Athena Award. The award is given to an outstanding senior female athlete based on an array of attributes determined by the school district.

“I’m definitely very happy, it’s an exciting accomplishment. I feel like I put in a lot of work over the years,” Schmelzle said. “It feels good to be rewarded in a different kind of way than just the sports accolades that you usually get and more of a school award.”

Nordic coach Patrick Hartman said Schmelzle is deserving of the award, as he has seen first hand how hardworking she is.

“She’s a good athlete and has worked really hard at the sports she’s participated in,” Hartman said. “She’s also a really great leader and role model, she’s been a captain for us the last couple of years.”

According to Schmelzle, without sports, she wouldn’t have been able to balance her school work along with her athletic career. Schmelzle participated in volleyball, Nordic skiing and softball.

“Sports definitely keep me on track when I know that I have practice or a competition. Teachers are always really understanding if I’m not able to be in class,” Schmelzle said. “Sports have helped me develop the characteristics of independence and self motivation and that transferred over to school.”

According to sophomore and Nordic teammate Addison Chenvert, Schmelzle is a big inspiration to her because of her dedication and drive towards improvement.

“She works so hard in all of her sports during and out of the season. She’s a really big inspiration towards everyone,” Chenvert said. “In sports, you can get frustrated, but she just pushes through it and keeps working to make herself better.”

According to Schmelzle, she will cherish memories from high school sports her entire life, specifically what she and her Nordic team have accomplished over the years.

“It’s not just winning a game but having the opportunities to do things together. Qualifying as a team for state in Nordic is probably my favorite sports memory ever because of the joy it brings the team,” Schmelzle said. “Feeling like all the hard work we put in really paid off, it’s just a feeling you can’t experience in a different environment.”

Hartman said he admires Schmelzle’s leadership skills and ability to be a good role model for the younger teammates by pushing herself and her team.

“Victoria is a really driven athlete and really strives to be the best, along with being a great leader,” Hartman said. “She’s also a really great role model for other kids and they see that drive in her and they see how she pushes and motivates herself and that helps the younger kids out too.”