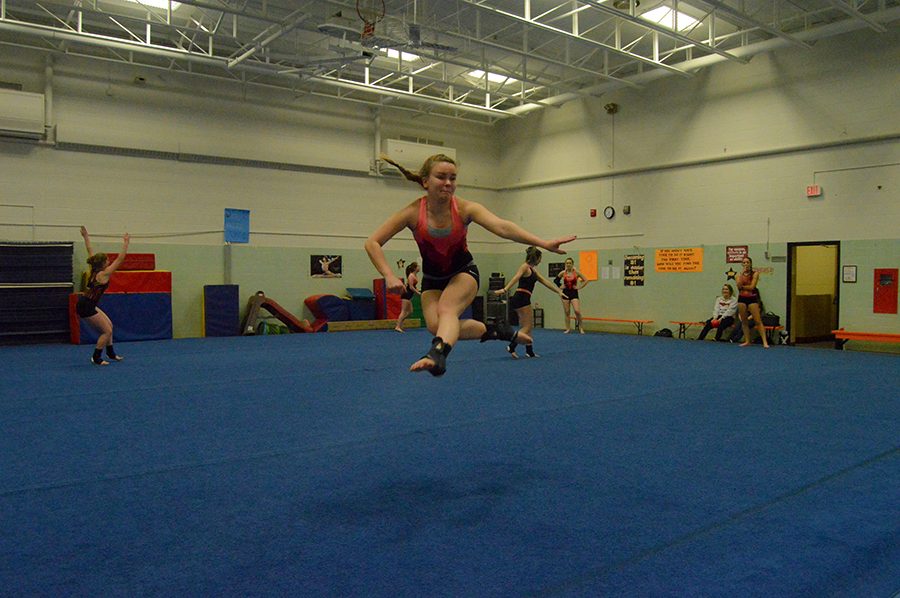 The girls’ varsity gymnastics team is ready for a challenging and successful season, according to head coach Gretchen Novack.

Senior captain Talia Simonett said she feels eager for the season to start.

“I’m actually really excited to see how the other girls are going to progress and excel and see how their work effort can actually tie into their performance,” Simonett said.

Simonett said she will not be competing this season due to an injury.

“This season is different for me because I’m not actually competing because of an injury so I’m like a captain/manager. I’m really going to be able to observe this year,” Simonett said.

According to Novack, the team’s biggest struggle is injuries.

“The biggest thing we have run into is just injuries. The main reason for injury is because (players) aren’t coming into the season strong, not working out during the off season,” Novack said.

Novack said injuries have a big impact on not only the player but the whole team.

“The season is short. It’s November through February. So depending on the injury, someone can miss several meets and that affects whether they can letter and it affects our conference standings,” Novack said.

“We want to make sure everybody stays healthy and keeps giving a hundred percent. During practices, we are doing endurance training and stretching to reduce injuries,” Novack said.