Team triumphs at invitational and conference 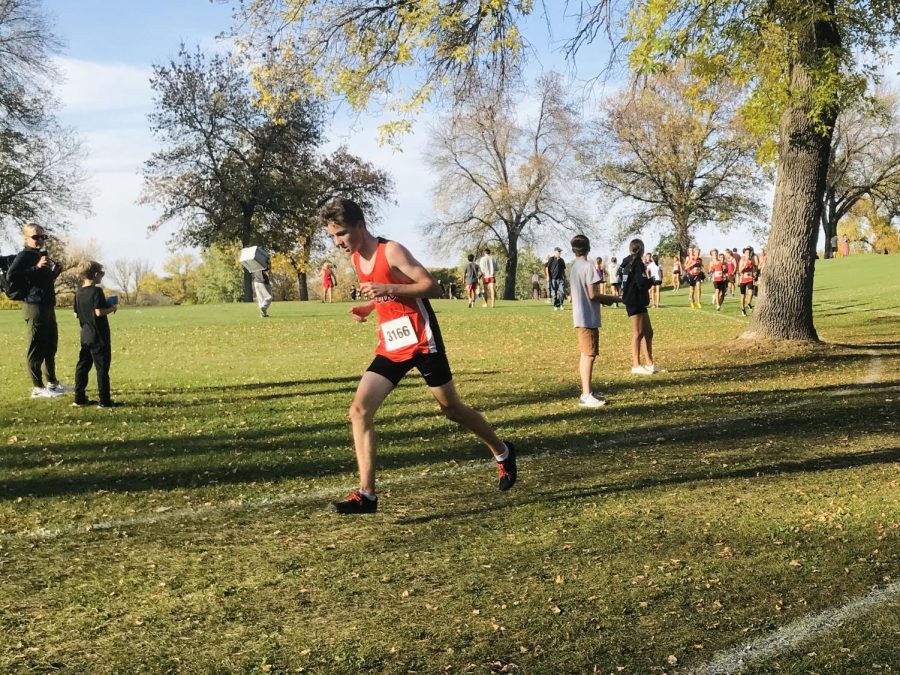 Park cross country brought home three medals at the Brookside invitational Oct. 12. Senior Henry Nelson said it was exhilarating, particularly because it was one of the last races he’ll ever be able to run in high school.

“The boys varsity, girls varsity, and boys JV all took first place at that race. It was really exciting because I feel like this year all of our teams have been performing really well than years past,” Nelson said. “It is really nice to see that happening, especially on my last year on the team.”

“I was over the moon and really excited for all the teams. It was a great testimony to how hard everyone worked and how everyone went out there and gave their all. It was very inspiring and amazing,” Johnson said.

Although the invitational was successful, the Metro West Conference Championships Oct. 19 was more difficult, according to senior Kate Holden. Holden said she didn’t perform as well as she would have liked, but she still tried her best. Park girls’ varsity got third place in the 5,000 meter race.

“I didn’t pass as many people as I probably should have, but I gave it all I had, so I think I did as well as I could have,” Holden said. “I wanted to do well. I wanted our team to do well.”

According to Nelson, being a senior in cross country involves mixed emotions. It’s invigorating when the team succeeds, but disappointing that it’s one of the last times he will participate in it.

“It’s pretty surreal. Anytime I think about it, it catches me off guard. It’s also really sad, because I have a lot of friends who are on the team, and I’m going to miss seeing them next year,” Nelson said.

According to Johnson, although winning is good, the runners’ pride in themselves is more important.

“It’d be nice to win the conference meet and then have people go to state. That would be really awesome, but the most important thing is that each of the athletes feel proud of themselves and believe that they had a good season,” Johnson said.

Kate Holden said she is excited for sections because there is a chance for Park runners to go to state.