Nike Cross Regionals to be held in South Dakota 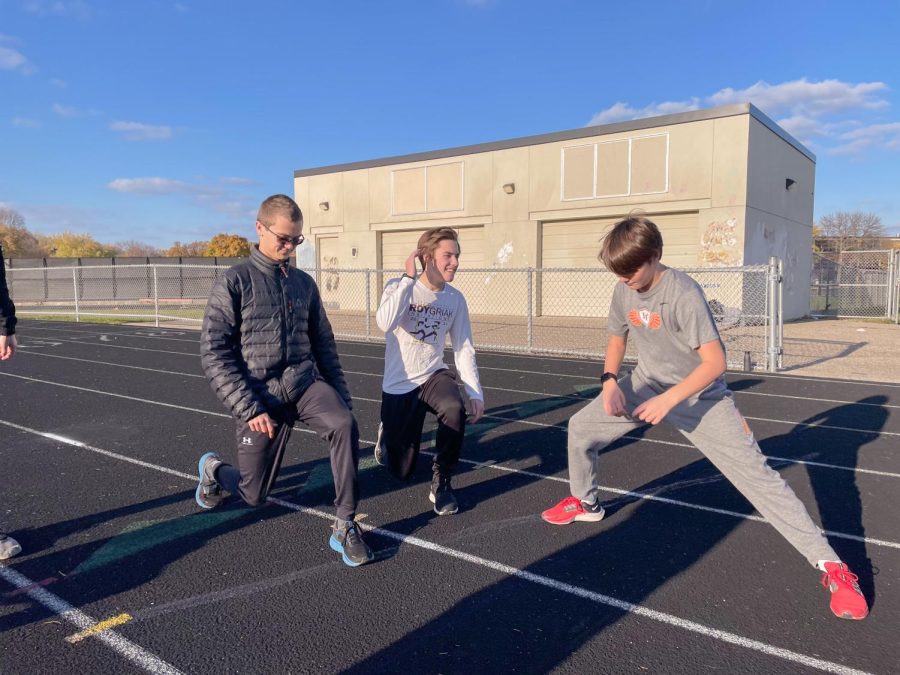 “It’s just keeping what we’ve been doing because we just finished our regular season practices last week, so we’re trying to ride that taper into regionals,” Lindeman said. “We’re just doing some light work, easy runs just to keep what fitness we have.”

For freshman Sela Myers, cross-country races are just as much a mental game as a physical game, as she strives to consistently do better with each race.

“I want to feel good in my race and push myself mentally because a big part of cross country races is really pushing yourself mentally and not giving up, so I want to make sure I push myself to my full extent and feel done at the end of the race,” Myers said.

According to Lindeman, many enjoy the event due to its laid-back and non-competitive nature.

“It’s a lot of fun because it’s kinda outside the season, so we can treat it like a fun event; it’s still running-based, but we don’t really focus on competing for the team — we can just have fun,” Lindeman said.

Myers said the course for the NXR adds to the nonchalant nature of the event, and is generally less demanding than other courses.

“I’m really excited because it’s a really flat course and it’s really fun to run on. There are very little hills which make it good because hills are really hard.”

According to Lindeman, the race will take place in South Dakota, and many runners from the team opt to participate in the race.

“It’s a big meet down in Sioux Falls, South Dakota,” Lindeman said. “Our team has been going since 2017, and Nike has been doing it for a while now.”

Since NXR isn’t a school-affiliated race and coaches aren’t present at practices, Myers said it takes more commitment for runners to train by themselves.

“Training for NXR is a little different because we don’t have the coaches with us; it’s just students organizing it together,” Myers said. “It’s definitely a lot of self-discipline to keep running on your own because we only meet three times a week, but because it’s at the end of the season, all the training we’ve done will help out a lot.”