Team looks forward to offseason after battle with Armstrong 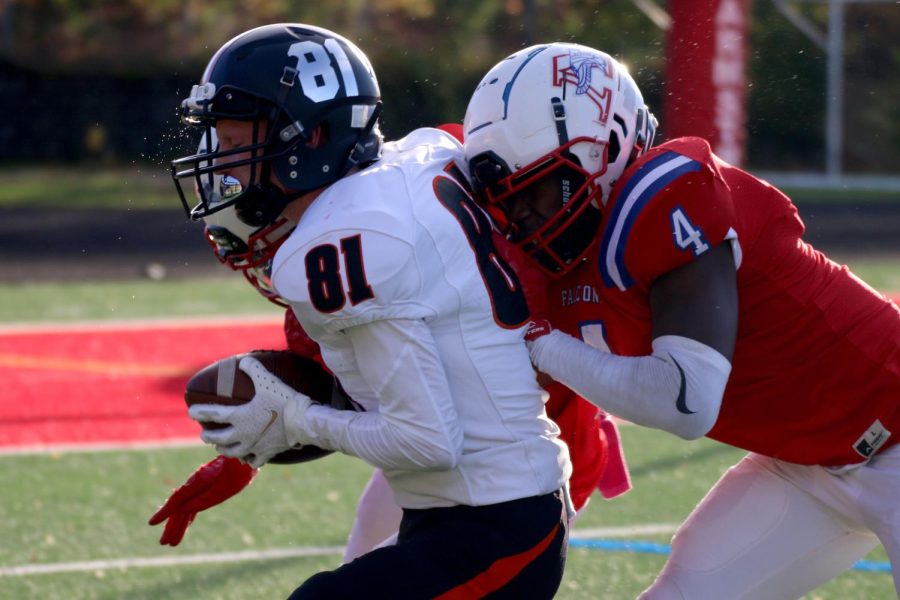 After a 35-26 loss against Armstrong Oct. 30, junior Stefano Giovanelli said offensive struggles hindered the team’s efforts throughout the game.

“Our offense came out pretty slow. The defense had four takeaways in the first half and we got three points out of it,” Giovanelli said. “From the first drive, we weren’t executing the way that we had to.”

Head coach Jason Foster said despite facing a 29-3 deficit at halftime, he reminded the team of past comeback wins, notably the win against Waconia Oct. 15.

“I told them we’ve been in situations like this before during the regular season. No matter what, we’re never out of it,” Foster said. “Those kids had a lot of heart and they showed it through the season.”

Despite outscoring Armstrong 23-6 in the second half, Park was unable to complete the comeback, and the game ended 35-26 in favor of Armstrong. Senior and captain Will Dvorak said he was grateful for the experiences he got from the season both on and off the field.

“I’ve learned a lot from being on the team. I have definitely grown as a person. Created a ton of bonds with people which has helped me become who I am today,” Dvorak said.

According to Foster, despite being eliminated in the first round of Sections, he is pleased with the outcome of the season.

“The successful part was the fact that we had a lot of kids come out and play football and the fact that they enjoy playing with each other as a brotherhood and family,” Foster said. “We’re very proud of them. The season was a success. And the season went out fighting hard to the end like they did every game this season so far.”

“I think that we have good players with this junior class right now,” Giovanelli said. “If we put the work in this offseason we should be expecting some pretty good things.”