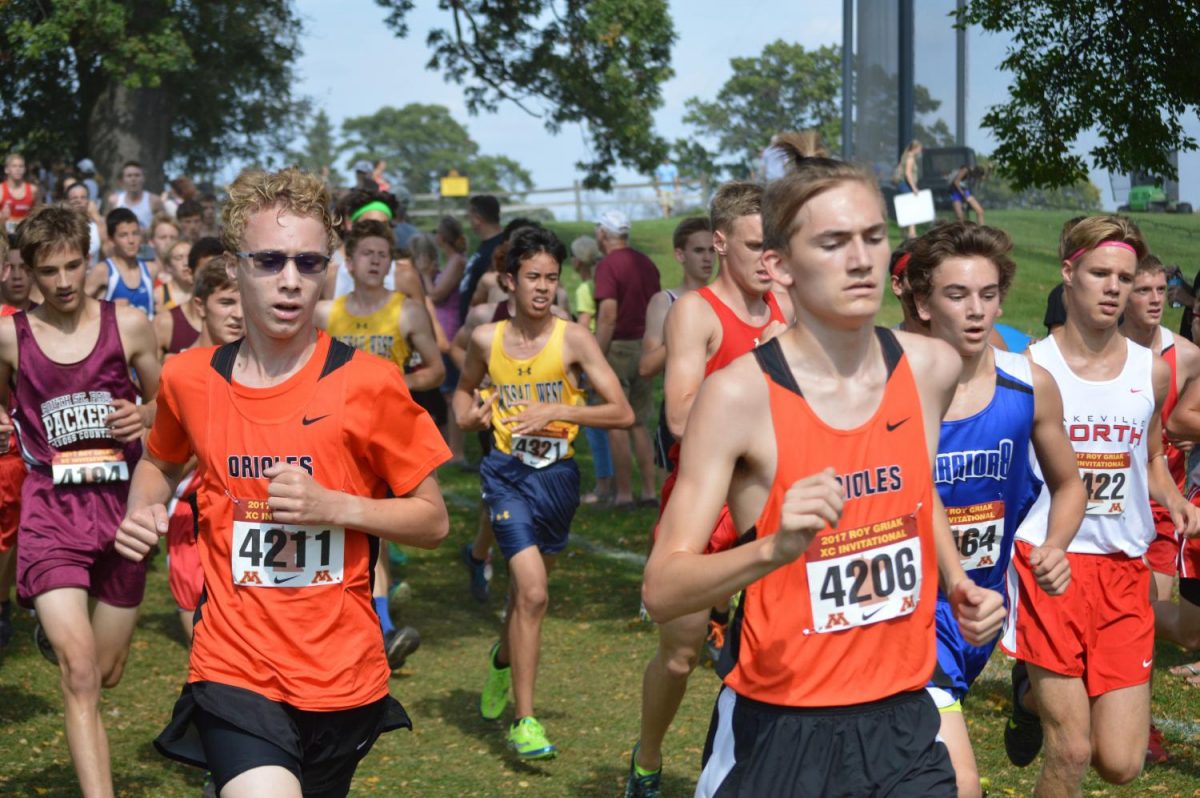 Used with permission by Gean Halstead

As senior Collin Perkins reflects on the cross country meet against Benilde Oct. 10, he said the team’s performance in Mankato was a highlight of the season.

“(The cross country team) did so great. For sure a lot of people on the team got personal records,” Perkins said. “Everyone just came out, and we crushed it.” 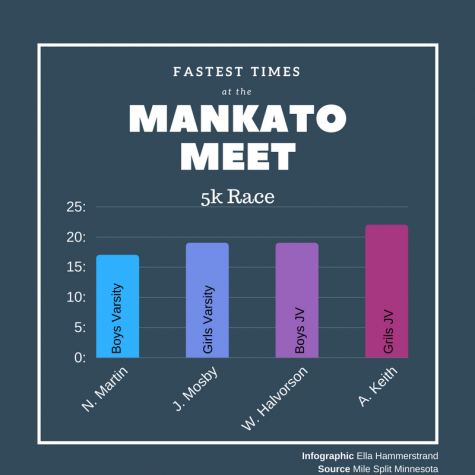 “A lot of people ran their season best, and we had some all time personal bests too,” Mackenzie said.

According to Mackenzie, the team spent the long day bonding.

“It was kind of a longer bus trip, so we all were able to go get food together and the comradery was awesome,” Mackenzie said.

Sophomore Carter Rost said the players hope to continue bonding as a team.

“I just think more team bonding is keeping ourselves going. We do a lot of things together like sports other than cross country, smaller games we used to do in gym or we would all hang out and do pasta parties just so we can become stronger as a team,” Rost said.

Sophomore Kaia Myers said the team had a lot of personal records.

“Our team did pretty well, overall we had a lot of personal records. The course was super flat, and the weather was really nice. It was really exciting to see a lot of people get their fastest times for the season,” Myers said. “Our team could definitely try to work on pack running more, which is something we have been working on a lot more on this season.”

The conference cross country meet will start at 3 p.m. on Oct. 17 at Hyland Greens.