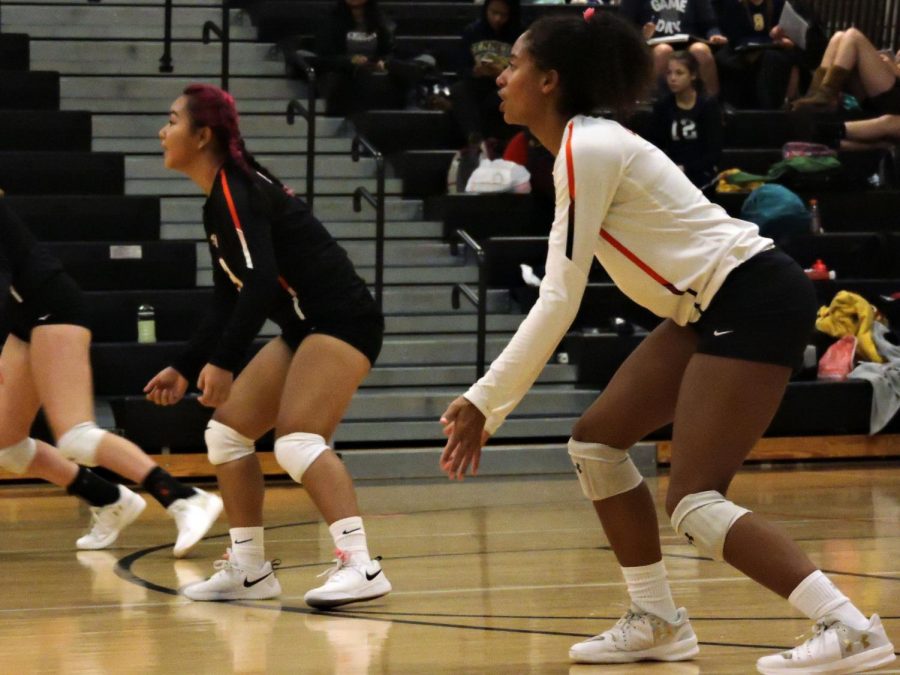 Senior captain Maddy McIntosh and junior Ivy Jones play in the match against Bloomington-Kennedy Oct. 10. Earlier they had done the dig pink dress code as shown by their pink hair and hair ties.

Raising awareness about breast cancer is important, according to senior Gabby McCaa because she said she wanted to support women who are battling for their lives. 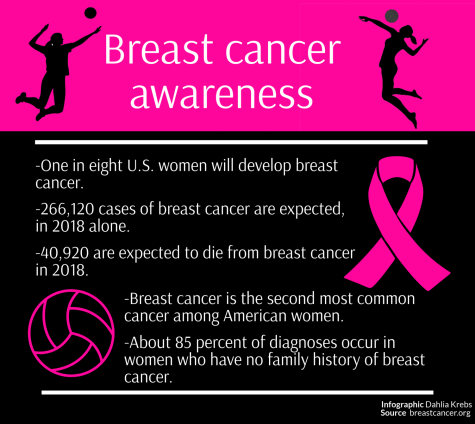 “I think my captains chose it, Maddy and Makaila,” Meierotto-Simon said. “A lot of colleges and bigger schools they all do a Dig Pink night where they raise money to support breast cancer awareness. So I think they were kind of just piggy backing off of that.”

The team wore Dig Pink as their dress code Oct. 10 because October is breast cancer awareness month, according to sophomore Hannah Howell.

According to McCaa, wearing the dress code filled the team with energy.

“It empowered a lot of us and makes us feel like we’re all strong,” McCaa said.

Meierotto-Simon said because the team members are all women and know people who have had cancer, this dress code meant a lot to them.

“Our team is all women and breast cancer is something that affects a lot of women today and I’ve been affected by cancer personally in my own family,” Meierotto-Simon said.

McCaa said she felt the dress code was meaningful because breast cancer was something they all have a chance of going through.

“It’s important I think all around just to raise awareness for volleyball. We’re all women and so it’s something that we could all go through and the women in our lives could go through,” McCaa said.

Meierotto-Simon said raising awareness and supporting women is important for everyone.

“I think spreading awareness, being supportive, putting it out there that we care, represents strong young women,” Meierotto-Simon said.