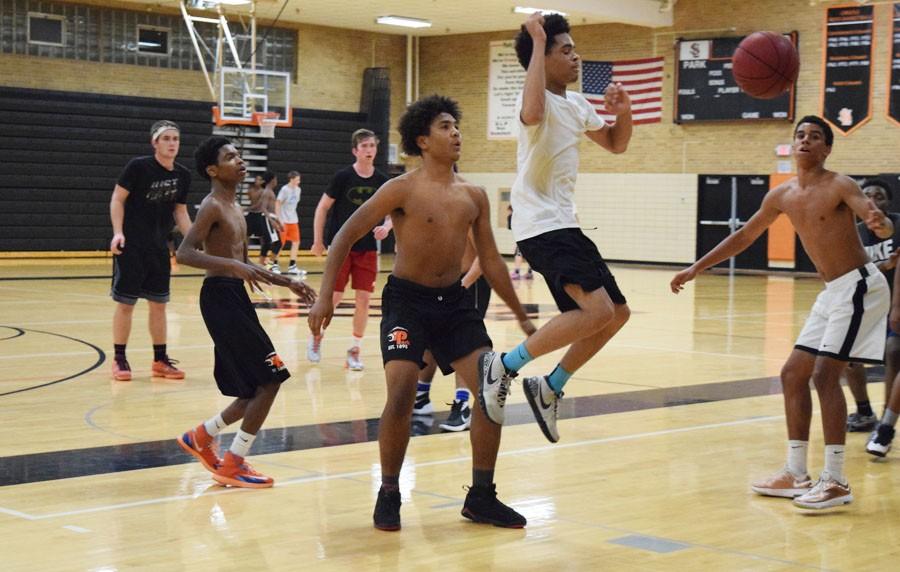 “Being a senior, I would love to win the conference, and I think we have the team to do that this year,” Whitlock said. “Above all, though, I just want to have fun — become closer friends with my teammates and teach the younger kids in the program.”

Head coach David Breitenbucher said while the team struggled with its chemistry last year, he sees more promise from players this season.

“This year I’ve been seeing so much more togetherness from the team, which we’ve struggled with in the past,” Breitenbucher said. “This may be the most together team I’ve ever coached.”

Whitlock said he sees a lot of skill in this year’s team, and hopes players can share their talent with everyone watching.

“We all have high expectations for this year and we have been doing well in fall basketball leagues,” Whitlock said. “This is going to be a special year and it would be great for the student body to attend the games and be a part of that.”

Whitlock said he praises the extent of talent the team has and expects it to perform well throughout the season.

“We are a very deep team, meaning we have a bunch of guys that can come in and contribute,” Whitlock said. “We don’t have any weak links on the team and that will help us throughout the season.”

“We’re looking to take advantage of our team’s quickness,” Breitenbucher said. “This year we’ll be pressing more on defense and creating quicker transitions on offense.”

Senior Nick Behnken said he enjoys going to basketball games because it brings back memories of when he played.

“I love going to the basketball games because I used to play the sport,” Behnken said. “I like going back and seeing all the people I played with.”

Behnken said he thinks people should attend basketball games to support the players and bring the student body closer.

“It’s a great way to watch our fellow classmates be athletic,” Behnken said. “It’s nice to be able to get together and see everyone having fun.” 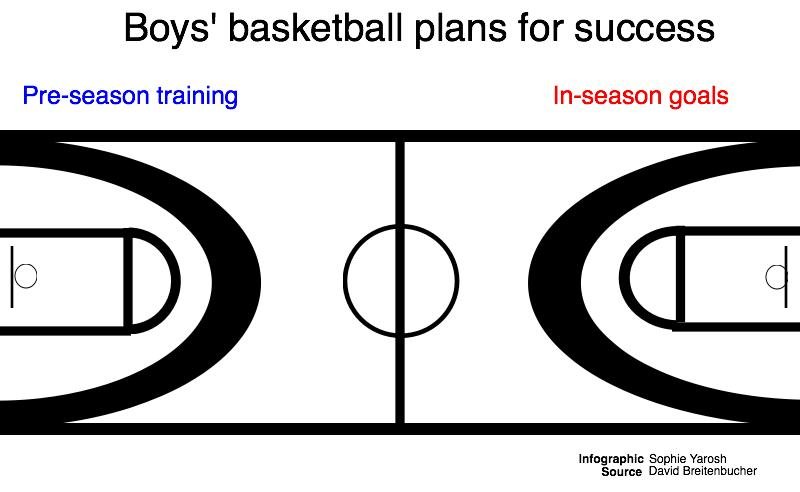