Team looks for improvement over off-season 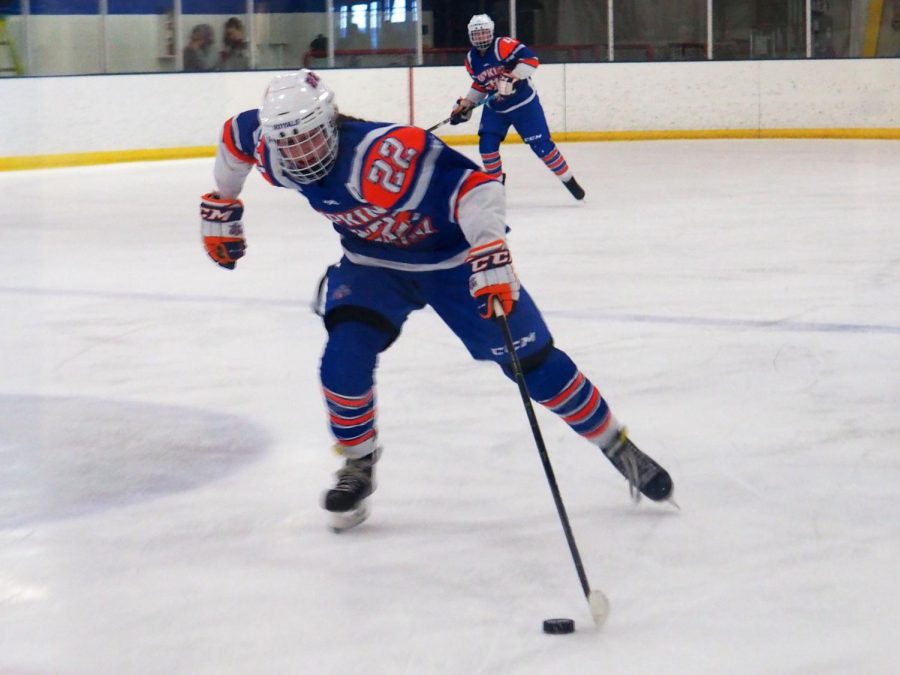 Junior Erin Brousseau skates toward the puck, bringing it up to the goal Feb. 8 at the Blake Ice Arena. Hopkins/Park girls’ hockey lost to Blake 0-9 in their final Sections game.

Senior Anna Nicholls said the girls’ hockey team expressed the most spirit seen this entire season, which helped them compete against Blake in Sections Feb. 8.

“We played really well in the first period. The energy on the bench was unreal and unlike any other game,” Nicholls said. “Blake’s a good team and we really tried and worked hard. We put up a good competition and a good fight.”

According to coach Ryan St. Martin, the team is still young, but they’re making progress in developing a stronger team for next season.

“Overall I think we made some good strides. About half our kids were under sophomores in school so we did a really nice job progressing and developing as a core,” St. Martin said.

Sophomore Greta Betzer said the game was a bit harsh losing to Blake since it was the last game for the seniors, and of the season.

“The game was a little rough. We lost but I think we all had a lot of fun on the bench,” Betzer said. “But at the end we were sad that it was the seniors’ last game and it was our last game of the season.” 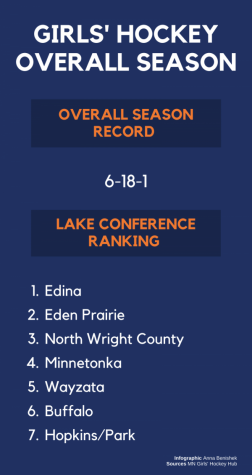 According to Nicholls, despite the losses the team had, the season was enjoyable.

“It was a really fun season. We didn’t win a lot but we had a lot of fun and we learned a lot. This is a period of growth for Hopkins/Park hockey,” Nicholls said.

St. Martin said the seniors had a rough time since it was their last game, but he enjoyed watching them grow through the program.

“I imagine it being really hard for the seniors based on the looks on their faces when we just left the locker room, but they did a really nice job representing our program,” St. Martin said.

According to Betzer, during the summer the girls will hold practices in order to improve for next season.

“We’re just going to play summer hockey together and try to as hard as we can over the summer to make our team better next year,” Betzer said.