Park finishes its season with a final record of 11-15 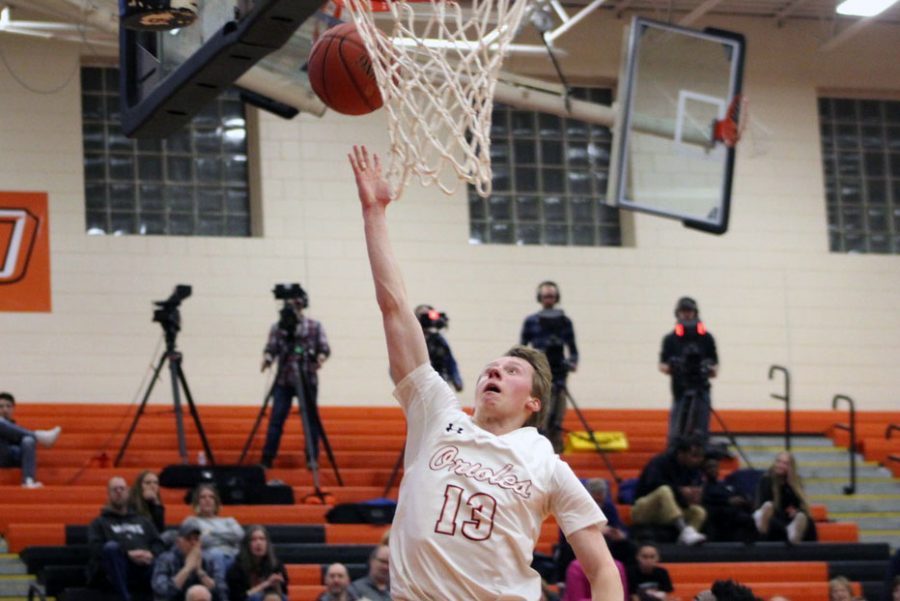 Senior Erik Piehl goes up for a layup against Robbinsdale Cooper March 6. During their Sections game Park fell to Cooper ending its season.

After a tough loss, which ended Park’s 2019-2020 season, against Robbinsdale Cooper March 6, sophomore Deontez Ross said the team stuck together and stayed persistent.

“We played hard for the most part. The game didn’t turn out the way we wanted it to, sadly, but we all played hard, we stayed together and we gave it our all,” Ross said.

Junior Nick Lanoux said the team had a chance at winning, it just needed to finish at the free throw line, get more rebounds and play better defensively.

“I thought it was a good game, but we definitely should’ve won and we definitely could’ve done a lot better,” Lanoux said. “We could’ve made free throws. We should’ve boxed out more and played better defense.”

Coach David Breitenbucher said Park played an excellent first half, but the second half was difficult because the set plays were not executed correctly.

“We attacked the basket well and were really aggressive. In the second half, I felt like we were trying to run our stuff, but it was just really clonky,” Breitenbucher said. “It just didn’t feel like it was the same. We didn’t have the same flow in the second half.”

According to Lanoux, Park improved as the season went on and it was enjoyable to be a part of.

“We all got better as it went on and advanced our skills. Overall I think it was a good season even though our record didn’t show it,” Lanoux said. “We played really good and I thought our season was really fun.”

Breitenbucher said he is proud of how the team battled throughout the season and the improvements made from start to finish. 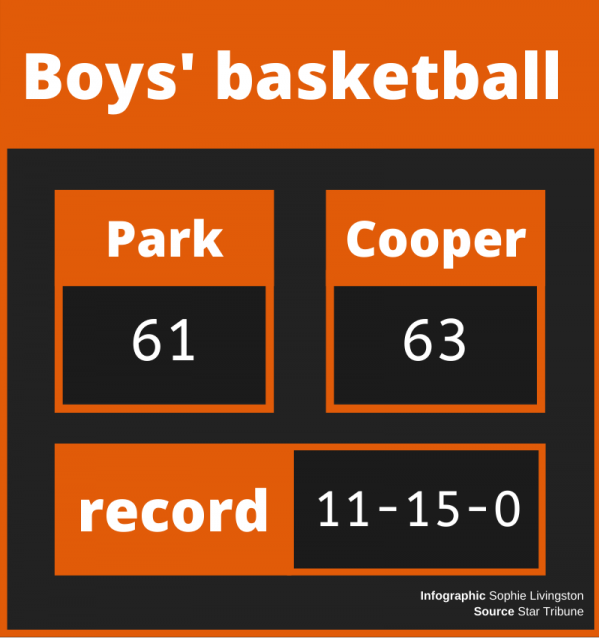 “I think it was a really good season. It’s hard because we all wanted to beat Cooper and it was such a close game, so there is still kind of a bitter taste,” Breitenbucher said. “We were two points away from playing in the Section championship. Overall I’m happy from where we started to where we finished.”

According to Ross, Park competed until the buzzer, keeping their heads high. Ross said he believes this team is more than basketball and everyone cares for one another.

“I felt like we played as a team the whole way through, even during the last couple seconds of the game when we probably knew we were going to lose,” Ross said. “We didn’t turn on each other. We’re brothers, we’re family, we kept it that way. We played hard and we had a good season with each other