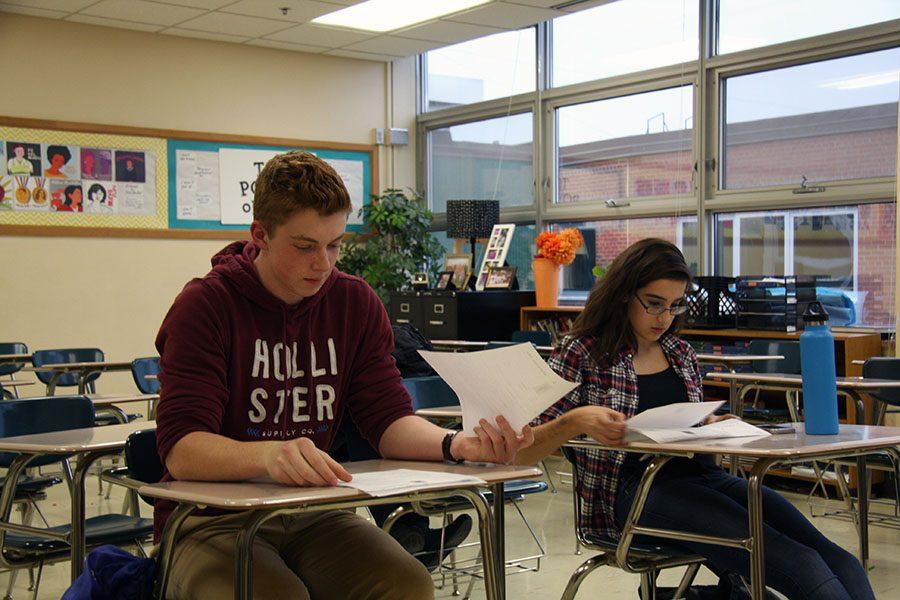 “In my first ever tournament I got second place for the novice bracket,” Dodge said. “I was very surprised.”

Dodge said the tournament took place in Roseville, and at first he did not feel like he won his debate.

“Originally when I had done the last match I thought that she had probably won, because it was definitely more one sided towards her, but I didn’t really feel that I was going to win, but apparently I got second place she got third,” Dodge said.

Dodge said he has learned a lot since joining the debate team, and how engaged in the debates he can get.

“Debate has been pretty fun. It’s been very informative, I have learned a lot,” Dodge said. 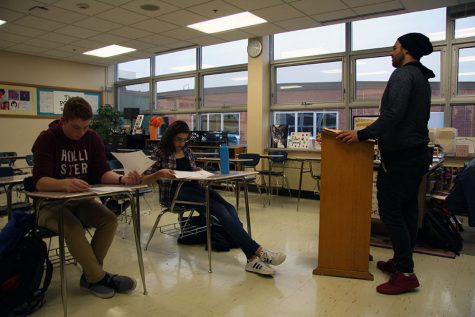 Hanna Schechter Members of Debate team meet after school to discuss this past weekends tournament. Junior Benjamin Dodge placed second in the tournament.

Dodge said there are many intricate parts to debate he could not have learned without joining the club.

“We are just practicing debating pretty much, all the different parts. It’s made me a better arguer,” Dodge said.

Debate captain Dotan Appelbaum said the new debaters contribute a lot to the team and are learning a lot.

“They contribute by being teammates, by helping build a team atmosphere, by being supportive and what not,” Appelbaum said.

As captain, Appelbaum said he primarily helps teach the new debaters during captains’ practices after school on Thursdays.

“I help teach the novices, not all the time, sometimes on Mondays and Wednesdays, but Thursdays are a captains’ practice so only I teach it and just sort of student leader,” Appelbaum said.

Dodge said the debate team has a good coach and captain who have prepared him well.

“They have taught us all the different parts, a lot of ways to counter an opponent’s argument,” Dodge said.

According to Appelbaum, the new debaters are at a pretty typical place for this point in the year.

“(The novices) have an understanding of debate, but there is a lot more to learn. Learning debate is a really long process, but they are doing a really good job of being focused, working hard for it, and really trying their best,” Appelbaum said.

Dodge said he plans on attending the upcoming tournament this weekend.

“We have another tournament  this weekend, Apple Valley, and I am definitely hoping to get into the top sixteen, because they get a trophy,” Dodge said.