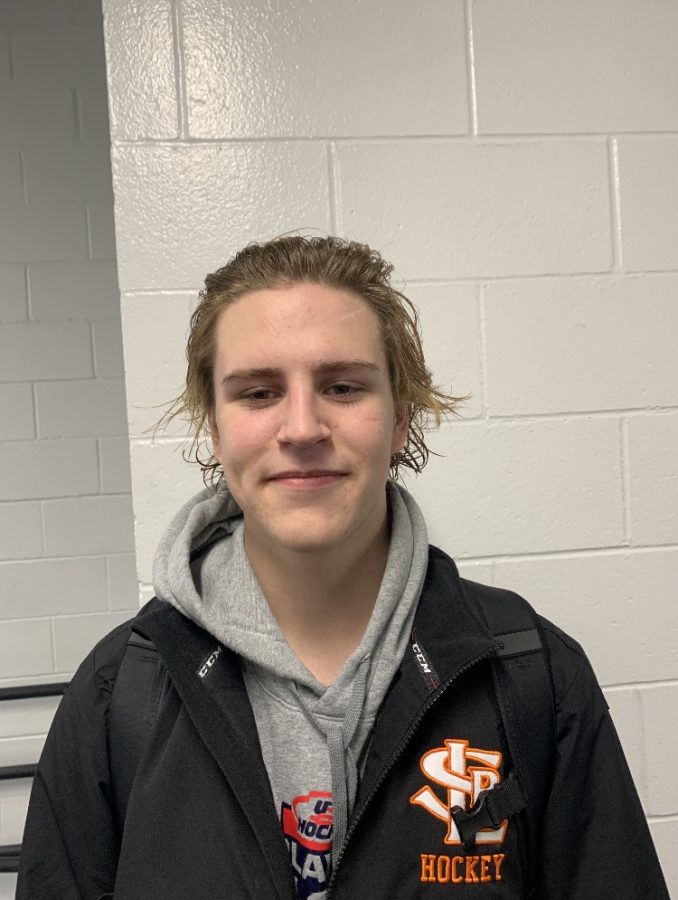 When did you start playing hockey?

I started the first year I could play on Mites, so that’s when I was six or seven years old.

Why did you decide to play hockey?

It looked super cool and fun on TV and since then I just always wanted to play hockey. On Mites we needed a goalie and I decided to try it out for fun. I ended up really liking it, so now I’ve just stuck with it and have played goalie since then.

What’s your role as a goalie?

As a goalie,  you need to be focused at all times because you never know when your team is going to mess up or something unexpected happens — you need to be fast and smart. I just try to stay locked in and keep the puck out. It’s tough getting shot at all the time and probably not fun for a lot of people, but it’s something I’m really good at and it’s fun for me.

I like playing with all of my friends, just seeing them play in games, smiling, while also getting better. We always have a ton of fun together.

How does your team support each other?

Win or lose, our team supports each other really well, especially this season with our captains. They’re doing a great job and they’re keeping our spirits up. They always tell us to keep our heads up, tell the underclassmen to focus in and give us tips on what to do or what not to do — it really helps us out. As a team we really just get on each other whenever someone makes a mistake and we make sure to keep each other accountable.

What’s your favorite memory/moment from a game?

During last year’s season it was my first game against Edina and that was one of my best and most memorable games. They had 57 shots (on goal) and we still were able to tie them 4-4.

What are your favorite rituals in hockey?

We always do one big lap around the rink, especially before home games. We also have an orange hat that we give the game MVP after the game.

What goals do you have for hockey?

This season, I’m looking forward to winning more games and just having a ton of fun with all the boys. But in the future I definitely want to go further in hockey, maybe playing junior (hockey) and then college (hockey).